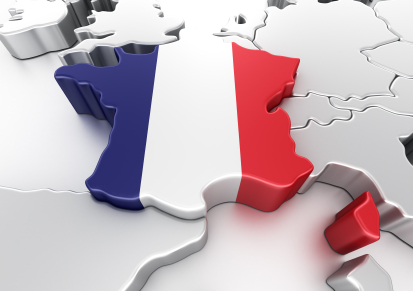 French Prime Minister Jean-Marc Ayrault, accompanied by his spouse Madam Brigitte Ayrault, will pay an official visit to Thailand on 4-5 February 2013 at the invitation of Prime Minister Yingluck Shinawatra.

It will be the first official visit to Thailand by a high-level representative from France in seven years, after former President Jacques Chirac visited the country in 2006, as guest of His Majesty King Bhumibol Adulyadej.

According to the Ministry of Foreign Affairs, this exchange of high-level visits underscores the commitment of both countries to cementing further the strategic partnership between the two countries initiated in 2004. It is also an opportunity to write another chapter in the long history of Thai-French relations, which began with the reciprocal dispatch of embassies in the 17th century.

During the visit, the French Prime Minister will have a meeting with Prime Minister Yingluck on 5 February and deliver a speech on relations between Thailand and France at Thammasat University. He will also preside over the inauguration of the Franco-Thai Business Forum and meet the French community in Thailand.

The Ministry of Foreign Affairs stated that the visit of the French Prime Minister would follow up on the outcomes of the previous visit of Prime Minister Yingluck to France, particularly with regard to enhancing economic partnership between the two countries in order to promote mutual growth and employment.

To this end, discussions are expected to focus on exploring trade and investment opportunities and boosting cooperation in all areas of mutual interest, from infrastructure to education and research and to alternative energy. France currently ranks eighth in direct investment from European countries in Thailand. Trade between the two countries from January to November 2012 was 4,014 million US dollars.

France has shown much interest in Thailand, whereas the Thai private sector has also begun to invest in France in such industries as seafood by Thai Union Frozen Products Public Company and by PTT Global Chemical Public Company in the plastics industry.

Thailand and France are expected to engage in a dialogue on regional and global issues of common interest and concern. Other issues to be raised for discussion include developments related to the continued prosperity and stability of Southeast Asia, based on a competitive ASEAN Community and a more connected Mekong region, and the wider Asia-Pacific region, as well as on developments in Europe and the European Union.

On the global front, possible cooperation on shared global challenges, such as closing development gaps and strengthening multilateral institutions, including the United Nations, are also issues expected to be explored together.

via Inside Thailand — Visit of the French Prime Minister to Thailand.