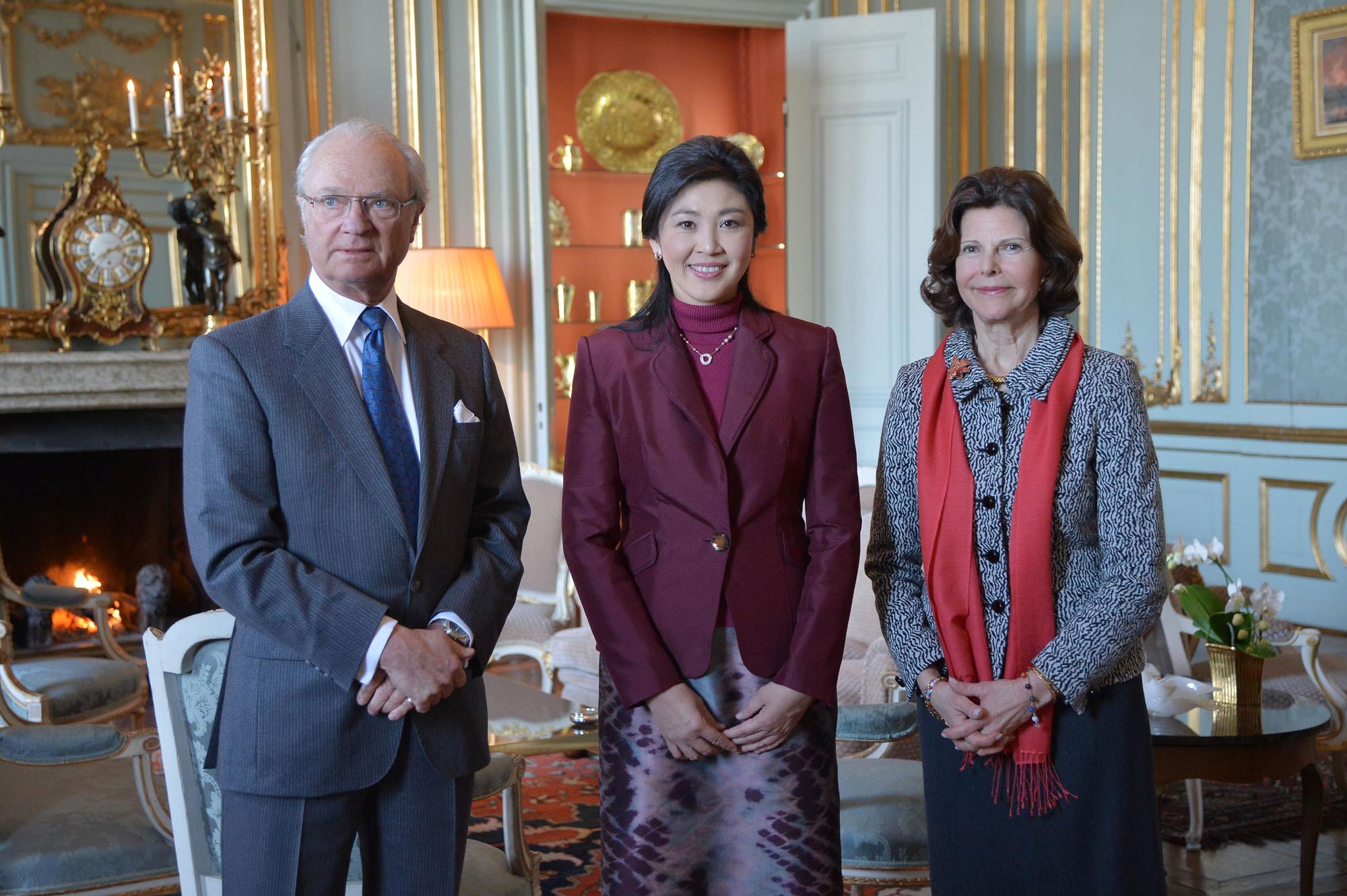 Thailand and Sweden have signed an agreement which will contribute to bilateral law enforcement against organised and severe crimes, drug and human trafficking and terrorism.

Prime Minister Yingluck Shinawatra and her Swedish counterpart Fredrik Reinfeldt witnessed the official endorsement of the Law Enforcement Cooperation Agreement during the former’s visit to the Nordic country.

The major objective of Ms Yingluck’s visit is to enhance cooperation with the Swedish administration and the private sector on economic activities, investment, medical service and tourism. The Thai premier is accompanied by more than 40 Thai businessmen.

The Prime Minister has assured Swedish investors about Thailand’s vast investment opportunities under the government’s national development strategies towards the emergence of ASEAN Economic Community (AEC) in 2015.

At the event, the Thai Premier has spoken to the participants about the country’s political stability and strong economic condition, which she assured, will continue under the national development strategies to help it become the connecting hub of ASEAN.

PM Yingluck stressed that such plans are offering various investment opportunities, in which Thailand and Sweden can mutually be benefited.

The Premier added that, while last year’s GDP growth was at 6.4%, the Thai government is determined to maintain the growth rate at 4-5% over the long term while working hard to promote the country’s agricultural and industrial sectors.