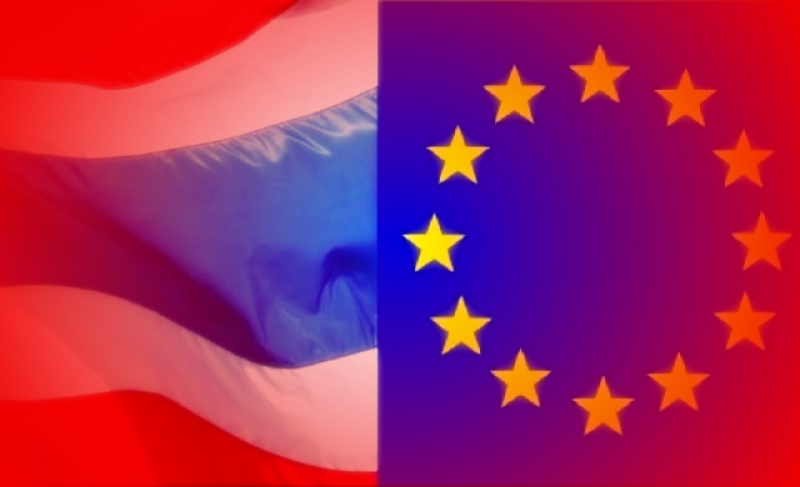 The Thai government has agreed to resume Thai-EU Free Trade Agreement (FTA) talks, which have been stalled since the military take-over in May 2014.

Some hopes the trade pact would help to shore up Thailand’s economic growth.

He promised to help inform EU commissioners about Thailand’s economic development and the government’s ongoing efforts to resolve obstacles to doing business here as well as other controversial issues.

The EU and its Member States will not sign the PCA with until a democratically elected government is in place.

Since January 2015, Thailand has lost the benefits of the European Union’s generalized scheme of preferences (GSP) over 6,200 Thai products in 2015.

The scheme provides developing country exporters with reduced or nil duties on exports to the EU until they are deemed competitive enough to no longer need such support.

EU response to the military take-over : no business as usual

Thailand and the EU have negotiated and initialed a Partnership and Cooperation Agreement (PCA) which provides a comprehensive and ambitious framework for EU-Thailand relations and will open up wide opportunities to develop cooperation.

In response to the military take-over in Thailand in May 2014, the EU has called on the military leadership to restore, as a matter of urgency, the legitimate democratic process and the Constitution, through credible and inclusive elections.

Why American investors have fallen for Paris