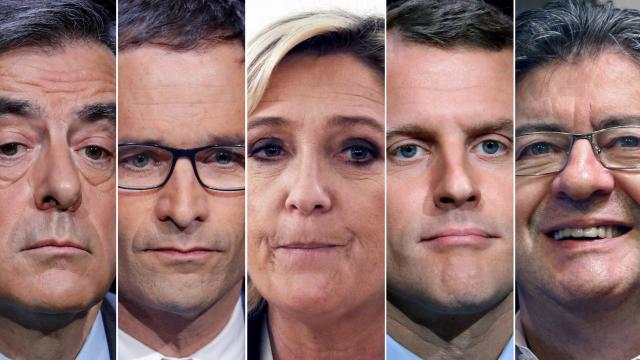 On Sunday, April 23, French voters will go to the polls to choose from 11 candidates in the first round of an extraordinary presidential election.

The candidates from the two chief political parties have been trailing political newcomers and fringe party candidates. The top two vote-getters are expected to face each other in a runoff election on May 7.

For insight into this unusual race and to what extent it reflects a larger shift toward economic and political populism, I spoke with Vincent Pons, an assistant professor at Harvard Business School.

He cofounded a startup involved in electoral campaigns in France, and he’s completing a case study about the rise of populism in France. Our conversation has been edited for length and clarity.

HBR: It appears probable that each of the two political parties that have governed France for decades won’t advance their candidates to the runoff election. How surprised are you?

Pons: Very. It’s a very new situation. The candidate of the incumbent Socialist Party, Benoit Hamon, has a very, very low vote share in the polls, less than 10%.

Overall, there’s a major reaction against traditional politicians and parties that have held power in the past. This profits, of course, the National Front party and its candidate, Marine Le Pen, but also Emmanuel Macron, who is a very new face in French politics.

Do you consider Macron a populist candidate?

I don’t. He has taken some populist stances, but at one point or another all the candidates in this election have criticized what they call “the system.” This is clearly a populist argument, this idea that there’s a political elite that is serving its own interests and hurting the people.

Another ingredient of populism is pitting people against a foreign threat, for instance, immigrants or rich American companies.

Le Pen is pushing against immigrants, against Europe, against globalization. But not Macron. He has been advocating for globalization, for Europe, for an open society.

After populist victories in the British Brexit vote and the U.S. presidential election, do you think Le Pen will win?

If you look at the polls, she doesn’t have any chance to win in the second round [the runoff election]. But she may win in the future. She’s very young. She’s 48. Unless the situation improves in France, as time passes, her arguments could become stronger and stronger.

To what extent is populism in France paralleling the populism in Great Britain or in the United States?

The narrative in the U.S. is that globalization is creating winners and losers, and that the losers have to bring someone to power who will defend their interests better. There are some issues with that narrative in France. The French social welfare system is much more generous than in the U.S., which means that whoever loses their job, for instance, gets a lot of protection.

How are economics driving the rise of populism in France?

The segments of the population in which Le Pen is very strong today are in regions in east and northeast France that have been hit by deindustrialization. In other countries, it’s older voters who are very reactionary. In France, it’s the young voters who vote massively for Le Pen, voters under the age of 25. They face a 25% unemployment rate. The overall unemployment rate is 10%.

She’s also very strong among midlevel employees and blue-collar workers, who previously tended to vote on the left. When you’ve had around 10% unemployment since 2007, at some point people lose trust in politics. So people who are unemployed or people who fear for their job or the job of their kids turn to the National Front in search of protection.

That’s new for the party. Le Pen’s father [party founder Jean-Marie] tended to be very far right not only on cultural issues — he was even far right economically, very neoliberal. And for that reason he was in favor of Europe and the European Common Market. His daughter is very different.

The version of populism that is offered by [Marine] Le Pen, the combination of left-wing and of right-wing ideas, is quite interesting and novel and is contributing to her appeal. For instance, she is advocating for lowering the retirement age, for increased protection by the state of the French poor.

What are the other key economic issues of the presidential campaign?

Another important economic question is what to do with the French national debt. Some candidates, like Jean-Luc Mélenchon, propose a major fiscal stimulus to improve the sluggish economy, but at the cost of further increasing the debt. Other candidates, such as Macron and François Fillon, favor fiscal discipline and cutting public expenditures, because the cost of servicing the debt is a large share of the budget.

Another major economic issue is whether to stay in the euro zone or leave the euro [currency]. The candidates in the center or traditional moderate left and right all are in favor of staying in the European Union and the euro zone, whereas Le Pen has announced the first thing she would do is hold a referendum on exiting the euro.

Mélenchon has said that he would try to renegotiate a number of European treaties with Germany, to get a better deal for France, and that if the negotiation failed he would consider leaving the euro.

To what extent are globalization and international trade issues in the race, as they were in the Brexit and the U.S. presidential votes?

It’s similar, but globalization can be a bit vague. The National Front has equated globalization with Europe. It’s presented as the loss of control over French borders, over who enters France, and so it’s a critique of the influx of refugees in the sense that they take the jobs and the social benefits away from the French.

It’s also presented as unfair competition from other countries. Namely, they don’t pay the same wages. They don’t have the same protection of their workers, and so it’s easier for them to sell at a lower price. These are a major aspect of the discourse of the National Front, and also to some extent of the far-left Mélenchon.

What’s the biggest misconception about the French presidential election you’ve been seeing in international media coverage?

There’s the tendency to equate what happened in the UK and the U.S. with Le Pen’s possible victory. The populism of Le Pen has, of course, commonalities, but these are specific. One innovation of the National Front is the combination of these far-right cultural stances with leftist platforms. It’s very different from the U.S., where the Tea Party would fight against more government intervention.

Another difference is that, unlike in the U.S., where Trump was a candidate of one of the two major parties, Le Pen remains a candidate of a marginal party that has never really been in power. At the end of the day, many voters voted for Trump simply because they were Republican voters, and he was the Republican candidate.

This is serving Le Pen to the extent that voters dislike the traditional parties, but it’s also disserving her in the sense that some people are skeptical that she would be able to run the country.

In Europe, there have been two recent votes, in Austria and the Netherlands, where voters have rejected populist candidates.

Who wins the election is one thing. Another thing is the vote share. And in Austria and the Netherlands, there is no question that populist parties have made a lot of progress, and this is not stopping for now.

Is this unusual roster of politicians a sign that something else is at stake?

France and other countries may be at the verge of a major political recomposition. The two candidates that have dominated the polls for the entire campaign are Marine Le Pen and this centrist candidate, Emmanuel Macron.

The reason that populism and the far right have risen in France has a lot to do with the convergence between the political platforms of the moderate right and the moderate left. When the Socialist Party’s François Mitterrand was elected in 1981, the left came to power for the first time in decades.

The right was struck with panic. The French franc fell, and the stock market was in free-fall. There were stories of the bourgeois leaving Paris with their cars filled with gold to make sure that their money would not be confiscated by the state. People feared that this new candidate would implement radically new policies.

Now there’s a sense that the policies and the platforms of the left and the right have very much converged. They’re very much the same. One example is the agreement of the moderate left and right in favor of Europe, when many French voters feel the European Union is responsible for their economic difficulties. This creates a boulevard for new forces like the far right that say, look, we have the young alternative and a different vision. That’s a very powerful message.

Editor’s note: We’ve updated this article to correct the transcription of the name of the socialist party candidate and to reflect that Marine Le Pen wants to lower, not raise, the retirement age.