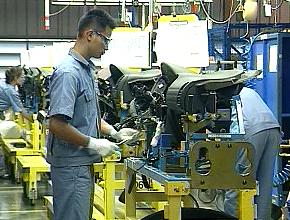 An opinion survey of Japanese investors in 2009 indicated that Thailand is the fourth most attractive place to invest, while China ranked number one, followed by India and Vietnam.

According to Susumu Ushida, chief representative of the Japan Bank for International Cooperation (JBIC) in Singapore, the survey was done between July to August last year among respondents from 625 Japanese companies.

He said Thailand moved to fourth place, moving up one level from its 2008 position and outpacing Russia, which in 2009 fell into the fifth position.

Forty-eight per cent of respondents saw Thailand as a country with a good potential economically and for domestic markets, with 41 per cent saying the country has a low wage ratio, and around one-fourth saw Thailand as an important production base for exports.

However, in terms of obstacles that concern Japanese investors, almost 40 per cent of those surveyed — two out of five — said there is now higher and more fierce competition from rival companies. Around one-third of the respondents said they had a problem from the lack of competent personnel at executive levels, while another one-third said Thailand’s socio-political conflicts have now become the country’s weakness.

The investors’ attitudes towards investment have also changed from producing their merchandise for export to a third country to giving more importance to the size of the markets in each country they invest so each particular country can be both a production and distribution base for Japanese goods.

This strategy can be seen in China, India and Vietnam where chemical and electronics industries are outstanding and outpacing the automobile industry which has seen lower sales volumes due to the global economic crisis.

via Thailand 4th ranked as most attractive investment country among Japanese.

Investors positive on Court ruling, SET on the rise

While China’s biggest corporates are increasingly flexing their global muscle as the country’s economic and geopolitical influence accelerates, Bangkok is the 10th most popular destination for mainland firms expanding overseas. END_OF_DOCUMENT_TOKEN_TO_BE_REPLACED

With its strategic location in the center of ASEAN with emerging markets, including Cambodia, Laos, Myanmar, Malaysia and southern China, on its border, Thailand is well position to connect investors to new opportunities arising from the increasing border trade and the region’s rapid economic growth.
END_OF_DOCUMENT_TOKEN_TO_BE_REPLACED

Twenty years ago, day trading was the great new pastime for Americans, all of them tuned to the financial news and reports on the day’s newest crop of IPOs. END_OF_DOCUMENT_TOKEN_TO_BE_REPLACED