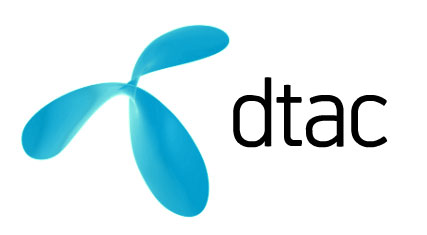 Telecom stocks fell on worries that state agencies would take legal action to recover revenue allegedly ‘lost’ under the terms of concessions granted under the Thaksin administration.

Separately, the National Anti-Corruption Commission met to consider taking further legal action against Thaksin for what Prime Minister Abhisit Vejjajiva called “damage to the state” arising from policy decisions which the court ruled had favoured his family’s company, Shin Corp.

The Supreme Court last Friday ordered the state to seize 46 billion baht (US$1.4 billion) of Thaksin’s frozen assets. In the process, it opened a legal Pandora’s box because it concluded that Thaksin had manipulated policies to benefit Shin Corp, which was controlled by his family at the time. In January 2006, the company was sold to Singapore’s Temasek Holdings, which has 41.7 per cent ownership.

Telecom stocks fell on worries that state agencies would take legal action to recover revenue allegedly 'lost' under the terms of concessions granted under the Thaksin administration.

The ruling in effect called into question the terms of concessions under which Shin Corp companies operated. On Tuesday, Shin Corp shares fell 3.5 per cent to 28 baht, its steepest decline since October, amid panic selling.

Shares of other telecom companies operating in Thailand, DTAC and True Move, were not spared, although the stock market had remained closed for three days after the Friday’s ruling. The stock market was closed on Monday for a public holiday.

Analysts said worries about telecom shares would persist until the government’s intentions were made clear – and also warned that the cases could take years to resolve.

Mr Abhisit has told state agencies to pursue cases exposed by last Friday’s ruling to level the playing field in the telecom sector. Thaksin’s policy decisions are said to have cost the state upwards of 138 billion baht.

Industry executives have said that voiding contracts could unravel the increasingly interlocked web of telecom providers, throwing old contracts back to renegotiation, and possibly threatening the viability of some companies.

Citigroup Global Markets said in a statement that the “government will be under public pressure” to pursue the cases.

An investment banker warned that “retroactive changes” would scare off long-term large foreign investors, and several analysts said it may not be in the government’s interest to “go after” the companies.

Shin Corp, AIS and Thaicom have said that they had operated “with good faith in compliance with laws”.

While China’s biggest corporates are increasingly flexing their global muscle as the country’s economic and geopolitical influence accelerates, Bangkok is the 10th most popular destination for mainland firms expanding overseas. END_OF_DOCUMENT_TOKEN_TO_BE_REPLACED

With its strategic location in the center of ASEAN with emerging markets, including Cambodia, Laos, Myanmar, Malaysia and southern China, on its border, Thailand is well position to connect investors to new opportunities arising from the increasing border trade and the region’s rapid economic growth.
END_OF_DOCUMENT_TOKEN_TO_BE_REPLACED