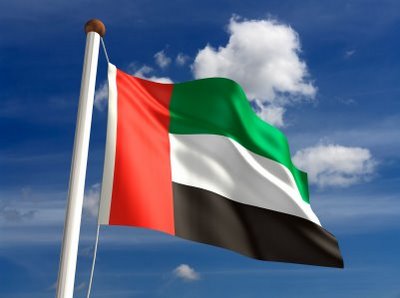 The United Arab Emirates has promised not to allow fugitive ex-premier Thaksin Shinawatra back into the country because he had been using the UAE as a base for his campaign against the Thai government, a senior Foreign Ministry official said yesterday.


External stability in Thailand was upheld by high international reserves, while trade and current account were close to balance. Regarding internal stability, inflation rose from last year in line with higher oil prices, despite a downward trend during the second half of the year. Unemployment rate remained low in Thailand in 2008 but employment started to deteriorate in the forth quarter, particularly in the production sector affected by economic slowdown.

Those outlays are added to the stimulus measures written into the 2009 fiscal budget, which was devised to run a 2.5% of GDP deficit. The government has also implemented 40 billion baht worth of tax cuts mainly for the property sector and indicated it could launch another supplementary budget before the end of the fiscal year in September if the global economy slips further than expected.
The Bank of Thailand meanwhile has supported those measures with rapid monetary easing. Since December the central bank has trimmed 175 basis points off the benchmark interest rate, bringing down the 14 day bond repurchase rate to 2%. Economic analysts believe central bank authorities will slash rates further to around 1% before the end of the year. The local currency, the baht, has reacted mildly to the cuts fluctuating between 34 and 35 to the US dollar.

It represents one of few times in recent years that fiscal and monetary policies have been complimentary calibrated. A grinding political conflict, pitting supporters and detractors of former Prime Minister Thaksin Shinawatra who was ousted in a 2006 military coup, has hobbled successive governments’ ability to devise and implement effective economic policies.
The debilitating conflict climaxed last November when military-linked anti-government protesters closed Bangkok’s two international airports for over a week, crippling the money-spinning tourism and air freight dependent export sectors. The Bank of Thailand has estimated the closure cost the Thai economy as much as 290 billion baht, with hotels estimated to have lost 140 billion baht due to cancellations.

While China’s biggest corporates are increasingly flexing their global muscle as the country’s economic and geopolitical influence accelerates, Bangkok is the 10th most popular destination for mainland firms expanding overseas. END_OF_DOCUMENT_TOKEN_TO_BE_REPLACED

With its strategic location in the center of ASEAN with emerging markets, including Cambodia, Laos, Myanmar, Malaysia and southern China, on its border, Thailand is well position to connect investors to new opportunities arising from the increasing border trade and the region’s rapid economic growth.
END_OF_DOCUMENT_TOKEN_TO_BE_REPLACED