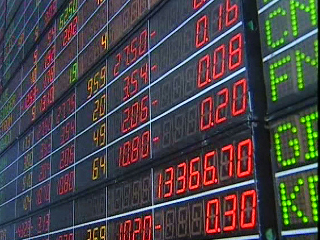 Foreign investment in Thailand has been feared to be hard hit by demonstrations of the anti-government United Front of Democracy Against Dictatorship (UDD) starting since 12 March 2010.

However, the figures by the Stock Exchange of Thailand (SET) made jaws drop when the SET index reached the highest 20-month pinnacle of 1.77 points as of 17 March 2010 to close at 765.54 points. What could be the cause of the sudden influx of foreign funds driving the Thai stocks when the Kingdom’s political situation has been branded tumultuous?

Looking at the situation in a positive light, street-protests have become a familiar part of Thailand. According to President of Securities Analysts&apos; Association Paiboon Nalinthrangkurn, foreign investors seem to adjust themselves to Thailand’s political volatility. Mr Paiboon said that political risks might be apparent, but it did not mean that the country depleted its investment opportunities. The government’s performance in maintaining order during the mass demonstrations of the anti-government group and the peaceful rallies have also secured public confidence. They have led to the easing of investment tensions, said Mr Paiboon.

The longer the term in the office, the better the experience. The Democrat-led government has been in the office for over a year, during which it has gained foreign investors’ trust in controlling the situation and keeping order. The worst is over, said Mr Paiboon, as foreigners viewed that the April 2009 protests were the worst political period since the economic crisis and Thailand has managed to overcome.

Compared to other countries, the yields gained when making investment risks in Thailand are more promising when compared to other countries at present. The US Federal Reserve has maintained its interest rate low in the range of 0-0.25% to safeguard the US economy. The dent in the EU economy is apparent from the financial crisis in Greece that has been running a deficit of 12.7% with slow attempts to curb it. Foreign investors have therefore turned to Thailand, as an emerging market from the global economic recovery, as other developed countries have shown sluggish growth, said Mr Paiboon.

More Companies to be listed on Thailand’s SET

While China’s biggest corporates are increasingly flexing their global muscle as the country’s economic and geopolitical influence accelerates, Bangkok is the 10th most popular destination for mainland firms expanding overseas. END_OF_DOCUMENT_TOKEN_TO_BE_REPLACED

With its strategic location in the center of ASEAN with emerging markets, including Cambodia, Laos, Myanmar, Malaysia and southern China, on its border, Thailand is well position to connect investors to new opportunities arising from the increasing border trade and the region’s rapid economic growth.
END_OF_DOCUMENT_TOKEN_TO_BE_REPLACED

Twenty years ago, day trading was the great new pastime for Americans, all of them tuned to the financial news and reports on the day’s newest crop of IPOs. END_OF_DOCUMENT_TOKEN_TO_BE_REPLACED