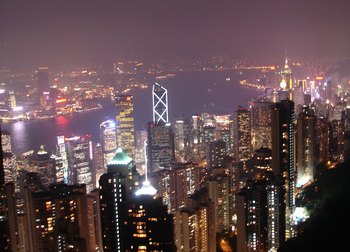 HONG KONG (MarketWatch) — The Greek sovereign-debt crisis and fiscal frailty of many European nations can reinforce the idea that the time has come for Asia — state finances here are in good health, supported by business-friendly governments and minimal welfare burdens.

But as the violent stand-off with “Red Shirt” protesters in Thailand&apos;s capital Bangkok highlights, Asia has its own share of problems too. Widening income differentials and the stranglehold of big business on the economy means trickle-down global capitalism has its limits. Now political risk is center-stage, as equity capital heads for exits.

Around Asia, neighboring governments are watching Thailand anxiously : might they be the next to face popular protests ?

In the booming gambling enclave of Macau, you might expect contentment, but 41 people were injured over the weekend when May Day clashes turned ugly. Over in the Philippines, with the election a week away, there are worries more violence may erupt which have already seen candidates murdered.

via Judging political risk in Asia Craig Stephen’s This Week in China – MarketWatch.

Thailand’s equity market bounced back strongly from the global crisis in 2009, with a total shareholder return (TSR) of 90.8% for the year against a 36% decline the year before. Ultra-lax monetary policies and massive public spending across the globe helped spur a quick turnaround from the worst global downturn since the Great Depression. With economic pundits forecasting that Asian economies will lead global growth over the next few years, led by emerging giants China and India, it seems logical that investors will shift their funds to Thai and Asian equity markets in search of higher yields.

Yet a glance through the 2009 Post/ AWR Lloyd-PYI Shareholder Scorecard shows that some sectors clearly benefited more than others. Home and office products led all sectors with a 267% gain in 2009, followed by agribusiness at 238% and property development at 132%. Lagging the chart was paper and printing materials, with a -1.3% TSR for 2009, professional services with a meager  4.5% gain, and property funds up 31%. The Shareholder Scorecard, published annually by the Bangkok Post and the AWR Lloyd-PYI group, is an analysis of the two factors that underlie investor returns — dividends and capital gains. Total shareholder returns (TSR) for 2009 are calculated by assuming that investors reinvest all cash received over the course of the year to determine a total return from one’s investment.

While China’s biggest corporates are increasingly flexing their global muscle as the country’s economic and geopolitical influence accelerates, Bangkok is the 10th most popular destination for mainland firms expanding overseas. END_OF_DOCUMENT_TOKEN_TO_BE_REPLACED

With its strategic location in the center of ASEAN with emerging markets, including Cambodia, Laos, Myanmar, Malaysia and southern China, on its border, Thailand is well position to connect investors to new opportunities arising from the increasing border trade and the region’s rapid economic growth.
END_OF_DOCUMENT_TOKEN_TO_BE_REPLACED