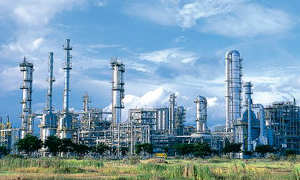 Some foreign investors are hesitant about investing in Thailand and may decide to shift their resources to Thailand’s neighbours following the recent political mayhem in the country, according to the Department of Trade Negotiations.

Speaking at a seminar on “Who Benefits and Loses from Asian Economic Venues,” Nanthawal Sakuntanak, the department’s director-general, said the implementation of the ASEAN Free Trade Area (AFTA) would do more good than harm to Thailand.

In the first three months of this year, Thailand was in surplus with ASEAN of more than US$7.1 billion. Many ASEAN members had imported more goods from Thailand.

However, what worried Ms Nanthawal now is the eroded confidence in service and investment sectors, not the trade issue.

So far, two tranches of the TKK Program (2009-2012) worth Bt350 billion (US$10.5 billion) have been released, with the first tranche in the amount of Bt200 billion and the second tranche of Bt150 billion. The focus of the TKK Program so far has been on quick disbursing investment projects as well as transfers and subsidies to local governments, communities, and farmers. A large share of the package is allocated to the agriculture and education sectors and community spending.

Recent political turmoil had made some foreign investors feel hesitant and shift their investment into other ASEAN members such as Vietnam or Malaysia.

Around two-thirds of the Bt350 billion or Bt230 billion is to be used for construction and equipment purchase, of which around three-quarters or Bt175 billion (1.9 percent of GDP) is expected to be disbursed in 2010, thus contributing to public investment. This is consistent with the fact that public investment levels in Thailand have been relatively low with its share in real GDP at only 5-6 percent in recent years. This is because public investment was contracting since the 1998 crisis and only expanded in 2004-2007, before contracting again this year with delays in disbursement and project completion as a result of the sharp rise in construction material prices and political uncertainties.

Thailand could face its Worst Drought in 20 Years

While China’s biggest corporates are increasingly flexing their global muscle as the country’s economic and geopolitical influence accelerates, Bangkok is the 10th most popular destination for mainland firms expanding overseas. END_OF_DOCUMENT_TOKEN_TO_BE_REPLACED

With its strategic location in the center of ASEAN with emerging markets, including Cambodia, Laos, Myanmar, Malaysia and southern China, on its border, Thailand is well position to connect investors to new opportunities arising from the increasing border trade and the region’s rapid economic growth.
END_OF_DOCUMENT_TOKEN_TO_BE_REPLACED