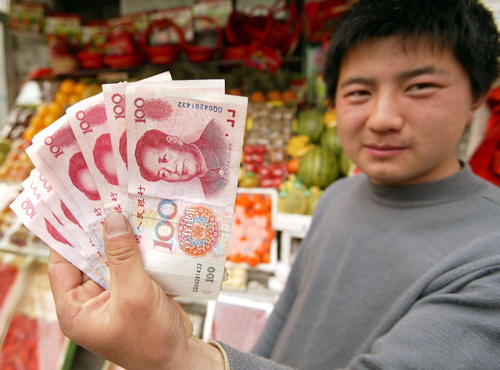 To cash in on China’s decision to make the yuan’s exchange rate more flexible, the Tourism Authority of Thailand (TAT) plans a road show in the country to attract one million tourists into Thailand as targeted this year.

Speaking after a meeting of the tourism agency’s board of directors, Governor Surapon Sawetserani said TAT officials will visit China to negotiate with tour operators seeking their support in encouraging Chinese people to visit Thailand following the yuan’s appreciation.

“It is suitable now to attract Chinese tourists into Thailand because the strengthening of the yuan makes it cheaper for package tours in Thailand. Simultaneously, the tourists will receive visa fee waivers granted as part of Thailand’s measures to stimulate tourism.

Total revenue in China’s tourism industry is expected to grow 13 percent to hit 1.4 trillion yuan (205 billion U.S. dollars) in 2010, as the country rolls out favorable policies to back the industry, said the China Tourism Academy in a report released Thursday.

Chinese tourists are forecast to make 2.1 billion domestic trips in the new year, up 12 percent from 2009, which would generate 1.1 trillion yuan of revenue for the industry, a rise of 14 percent year on year, according to the report.

This year the exhibition included 230 exhibitors from 55 different countries, from Australia to Azerbaijan; Croatia to Cuba; Thailand toTanzania, creating a global platform of destinations and services, and the business opportunities to meet with the key Chinese industry professionals and buyers.

For the first time, COTTM welcomed destinations inluding Bhutan, Croatia,Israel, Indonesia & Tanzania; as well as a Caribbean and Japanese Pavilion to the exhibition. Also through the private sector for the first time, Jordan, Madagascar, Namibia and Turkey also participated. Over 3,000 Chinese travel trade professionals convened at COTTM to meet exhibitors from all over the world, to source new products and destinations for the rapidly expanding Chinese outbound travel market.

While China’s biggest corporates are increasingly flexing their global muscle as the country’s economic and geopolitical influence accelerates, Bangkok is the 10th most popular destination for mainland firms expanding overseas. END_OF_DOCUMENT_TOKEN_TO_BE_REPLACED

With its strategic location in the center of ASEAN with emerging markets, including Cambodia, Laos, Myanmar, Malaysia and southern China, on its border, Thailand is well position to connect investors to new opportunities arising from the increasing border trade and the region’s rapid economic growth.
END_OF_DOCUMENT_TOKEN_TO_BE_REPLACED

Twenty years ago, day trading was the great new pastime for Americans, all of them tuned to the financial news and reports on the day’s newest crop of IPOs. END_OF_DOCUMENT_TOKEN_TO_BE_REPLACED