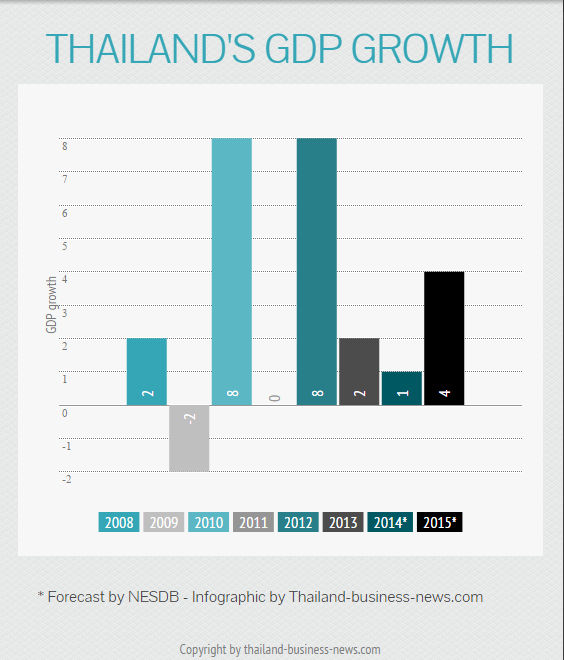 The National Economic and Social Development Board (NESDB) says economic growth in 2014 will be a mere one percentage point against 2.9 percent last year.

In its report on economic outlook released Monday, the NESDB  revised down its projection for Thailand’s economic growth in 2014 from 1.5-20 percent to 1 percent.

NESDB Secretary-General Arkom Termpitayapaisit said the new projection was based on the country’s economic performance in the third quarter and in the first nine months of this year.

The economic growth continued its rally from the second quarter, Mr Arkom said, attributing the expansion during the July-September period to strong rebound in private investment.

Private investment expanded by 3.9 percent in the third quarter after plunging below the red line for four consecutive quarters.

But he said NESDB projects that the Thai economy will grow by 3.5-4.5 percent next year thanks to exports which are likely to perform well in line with the global economic recovery; the government’s tourism promotion campaign; and expansion by firms that have received promotional privileges from the government.

Meanwhile, Bank of Thailand (BoT)  spokesperson Jirathep Seniwong na Ayutthaya said the central bank will also revise down its projection for Thailand’s economic growth in 2014 as the country’s GDP growth in the third quarter as revealed by NESDB was lower than the bank’s projection of 1.5 percent.

Household debt has expanded rapidly in the country over the past 4-5 years, indicating that there are problems in the people sector, he said.

Growth in household debt is also close to the level of GDP growth, he noted. The central bank will monitor  loan extension by commercial banks after finding that interest rate on loans to households are as high as 15-20 percent.

Thai economy remains weighed down by huge losses caused by the rice purchase program of the previous government (between 700 billion and 1 trillion baht) that hamper public investment and household debt that hinders private consumption.
Only exports and private investment are likely to boost growth, but exports are suffering at this time of weak growth in Japan and the countries of the EU, and the slowdown in China.

Thai Confidence index and exports pick up in October 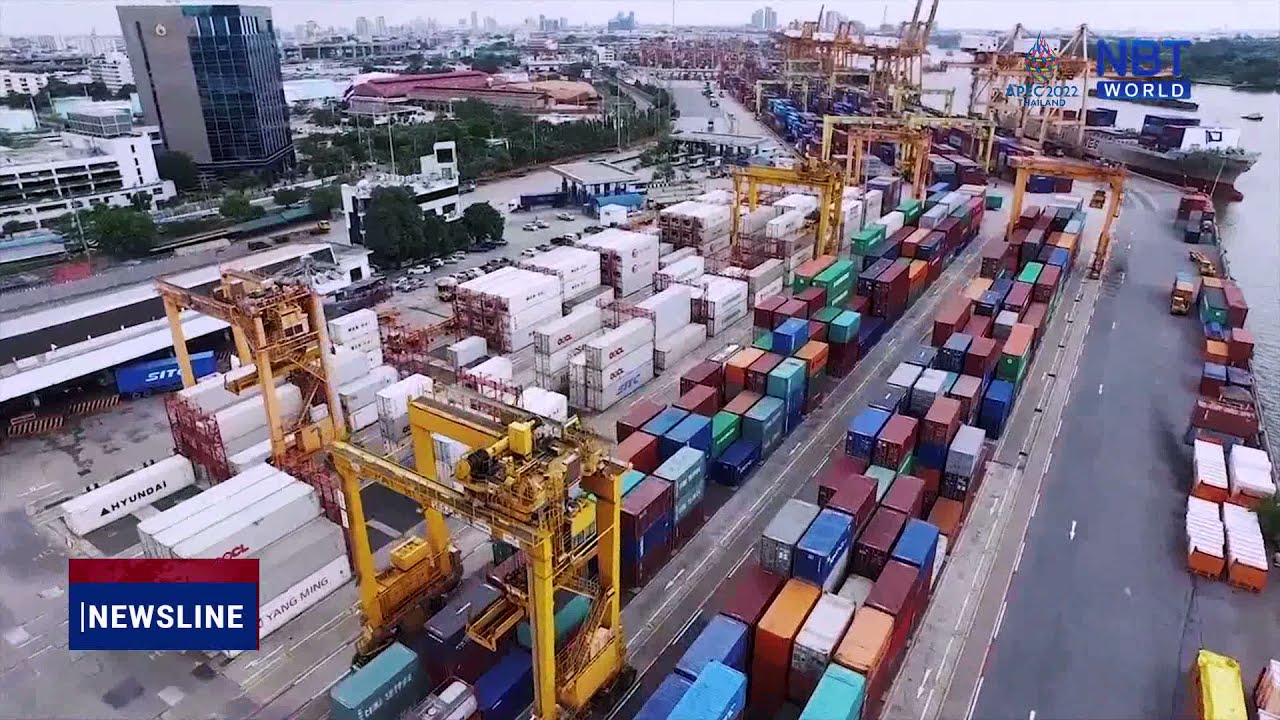