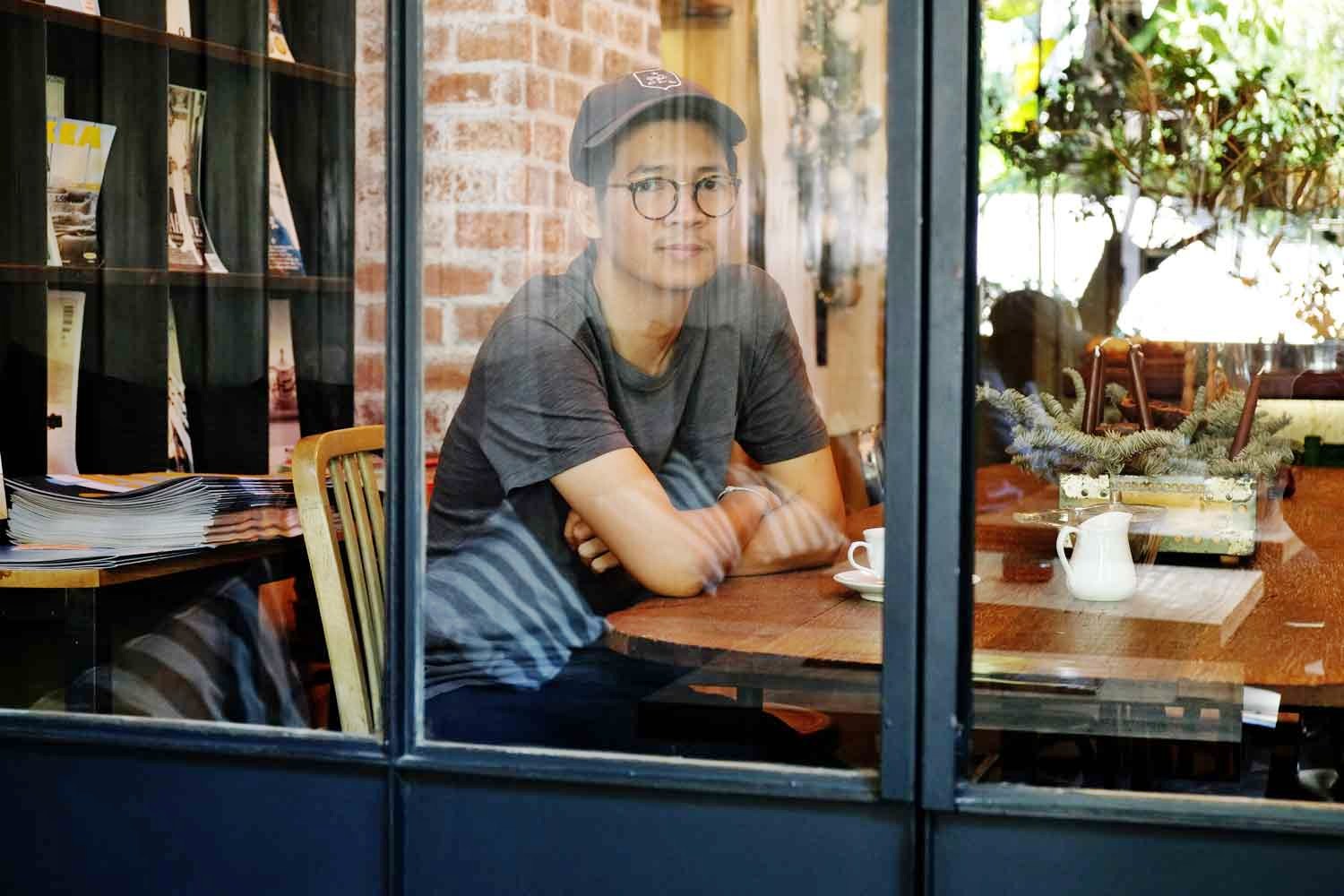 The caffeine rush from Bangkok’s coffee boom has lead to an explosion in new cafes and hangouts, that are also becoming hubs of creativity.

Over the last five years, a movement has been brewing that sees us increasingly turn away from the multinational chains (read the ubiquitous Bangkok Starbucks joint) for our caffeinated kicks.

These days, the boutique coffee shop is in full-blooded renaissance, inspired by young entrepreneurs like K. Surapan Tanta, aka Tonk, who created the first Casa Lapin in Bangkok.

Tonk, khun Surapan Tanta, comes across as an everyday young Bangkokian, cool, relaxed, boyishly good-looking, always wearing his cap and round glasses, jeans and shirt open over his t-shirt, but something makes him stand out from the crowd: his tremendous drive, skill and meticulous work ethic.

Tonk was born in the province of Petchaboon in the North, well the southern part of the North! He came to Bangkok at the time he started high school.

His interest in creating, designing, shaping and building, led him to Rangsit University and the faculty of Architecture. In his spare time, Tonk developed and pursued an interest in photography.

Then Tonk stayed in Chiang Mai about a year and a half, which gave him the freedom to experiment and learn by trial and error. This was a period in his life when he just wanted to focus on making coffee and making it well.

When Tonk returned to Bangkok in 2012, he travelled around the city with a suitcase and his “Olympia Express” lever machine, making coffee at his old office and at friend’s homes, making the most of an urban “nomadic” existence before deciding it was time to put down some roots.

A few months later, in August, a second Casa Lapin was opened in the neighbourhood of Ari. While much bigger than the first, it has the same cosy feeling.

These openings coincided with a real boom in the Bangkok coffee shop market, with the arrival of Roots, Brave Roasters, One Ounce for Onion, Ceresia coffee roasters and Ink & Lion to cite just a few. The local coffee scene has become increasingly sophisticated and going out for coffee has become a favourite social pastime in the City of Angels for locals and foreigners alike.

Jong, Lux and Tonk remain the main investors in Casa Lapin but have brought others in. Their business strategy was always to learn and evolve, through diversity their business could thrive not only by serving coffee but also becoming roasters themselves or even further: taking on a larger concept than just a café?

All of these places are under different ownerships and management, and each has its own unique personality. Every café has its own investment and management group, with Jong, Lux and Tonk remaining the main investors.

As we grew, we realized that our management style and structure needed to adapt to our organizational growth and went about finding people who shared our vision and values and who already had experience in managing medium to big-sized businesses to run new locations.

Casa Lapin has come a long way from its origin as a one-man show with a lever machine in a suitcase to an organization with some 40 employees.

While China’s biggest corporates are increasingly flexing their global muscle as the country’s economic and geopolitical influence accelerates, Bangkok is the 10th most popular destination for mainland firms expanding overseas. END_OF_DOCUMENT_TOKEN_TO_BE_REPLACED

With its strategic location in the center of ASEAN with emerging markets, including Cambodia, Laos, Myanmar, Malaysia and southern China, on its border, Thailand is well position to connect investors to new opportunities arising from the increasing border trade and the region’s rapid economic growth.
END_OF_DOCUMENT_TOKEN_TO_BE_REPLACED

Twenty years ago, day trading was the great new pastime for Americans, all of them tuned to the financial news and reports on the day’s newest crop of IPOs. END_OF_DOCUMENT_TOKEN_TO_BE_REPLACED