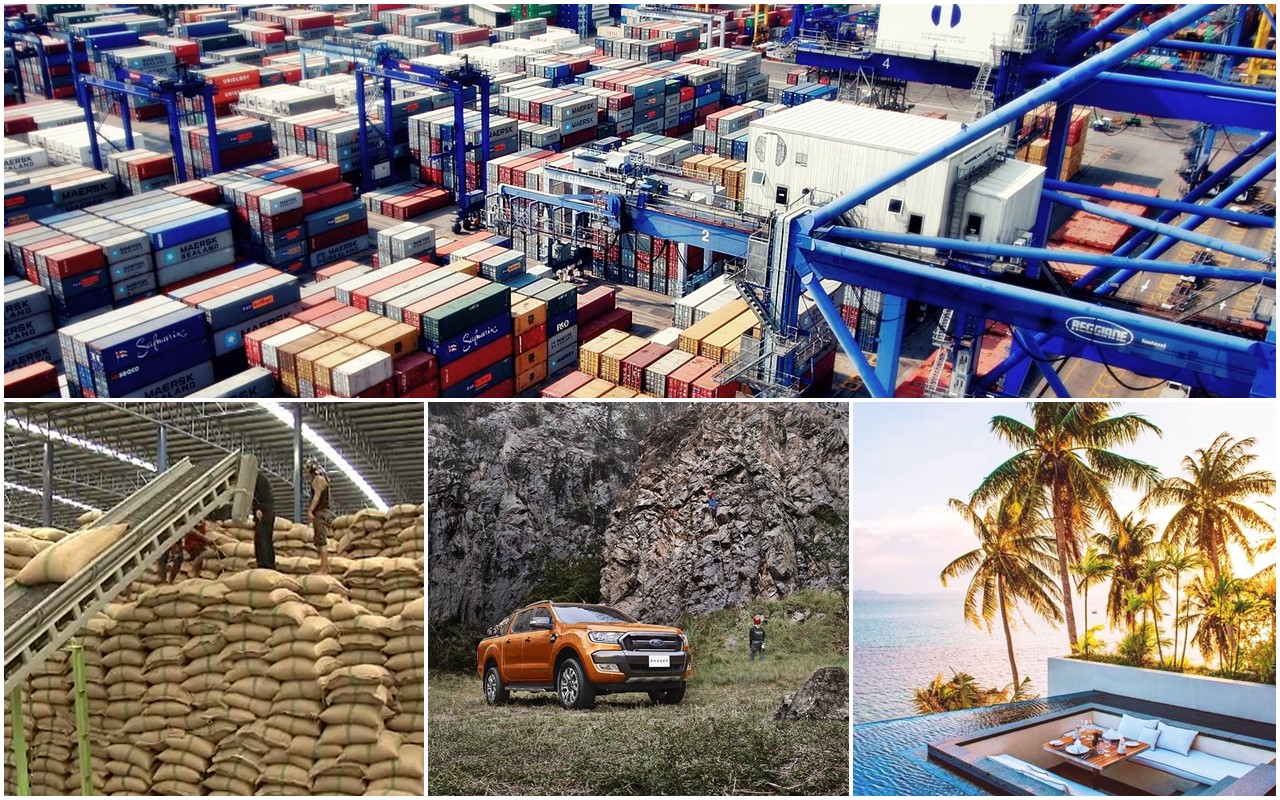 Trade and investment have witnessed robust growth in Thailand over the past 30 years, as rapid industrial development led manufacturing to overtake agriculture as a primary economic engine.

This has had a dramatic impact on exports, with the country rising to become a major regional exporter of electronics, automotive parts and food products.

Trade relations have also expanded in recent years on the back of improved bilateral relations with China and the US: Thailand is poised to enter into a major global free trade agreement with each – respectively, the Trans-Pacific Partnership (TPP) and the Regional Comprehensive Economic Partnership (RCEP).

Although Thailand’s trade balance swung into the black in 2015 on the back of low fuel prices, exporters also witnessed a concurrent drop in revenue, as commodity prices fell. Simultaneously, foreign direct investment (FDI) plummeted after the government moved to reform existing investment policy, although these reforms will ultimately support the development of high-tech industries, mitigating an anticipated labour shortage and helping it avoid the middle-income trap.

The second-largest economy in ASEAN after Indonesia, Thailand has developed a positive international reputation on the back of its pro-investment policies and well-developed infrastructure, standing as one of the most liberalised and business-friendly markets in the region.

The Ministry of Commerce (MoC) also oversees new business development in Thailand, setting policy and approving applications for foreign investment across a host of restricted industries.

The Industrial Estate Authority of Thailand (IEAT), established under the Ministry of Industry (MoI) in 1972, is responsible for managing the country’s network of industrial estates and Map Ta Phut Industrial Port.

It is also supporting the development of a network of proposed super-clusters and special economic zones (SEZs), both of which aim to spur investment across a host of critical production bases.

Although there is no general prohibition against foreigners doing business in Thailand, foreign investment in most service sectors is limited to 49%

The FBA contains specific restrictions on foreign ownership in certain sectors, including banking, insurance and telecommunications.

Industries where foreign investment is prohibited or restricted are listed in three annexes.

Annexes 2 and 3 list industries in which investment is restricted, but still permitted under certain circumstances, usually if the project receives cabinet approval and a licence from the MoC.

However, projects which have obtained promotional privileges from the BOI or IEAT can engage in these industries without obtaining a license from the MoC.

Annex 2 industries include businesses concerning national safety and security, and those which have an impact on arts, culture, customs, local handicrafts and natural resources. This includes firearms, aircraft and military vehicles manufacturing activities.

Any company engaging in an Annex 2 business must be at least 40% owned by Thai nationals, and two-fifths of its directors must be Thai nationals, although the MoC and cabinet can grant permission to reduce these requirements to 25%.

Annex 3 industries are open to foreign investment provided they receive a license from the MoC’s director-general, and approval from the Foreign Business Committee.

Nationals of countries that have signed bilateral treaties are granted the same status as Thais under the FBA in respect of restricted industries, including the US, Japan, Australia and the ASEAN Economic Community (AEC).

The government may also, as a temporary measure, permit a foreigner to carry out any restricted businesses, for example in a government-sponsored infrastructure project.

The government has also moved to relax restrictions in certain industries recently, with the Ministry of Commerce announcing in February 2016 that commercial banking, representative offices of foreign banks, and insurance activities had been removed from Annex 3 of the FBA, effective February 19, 2016.