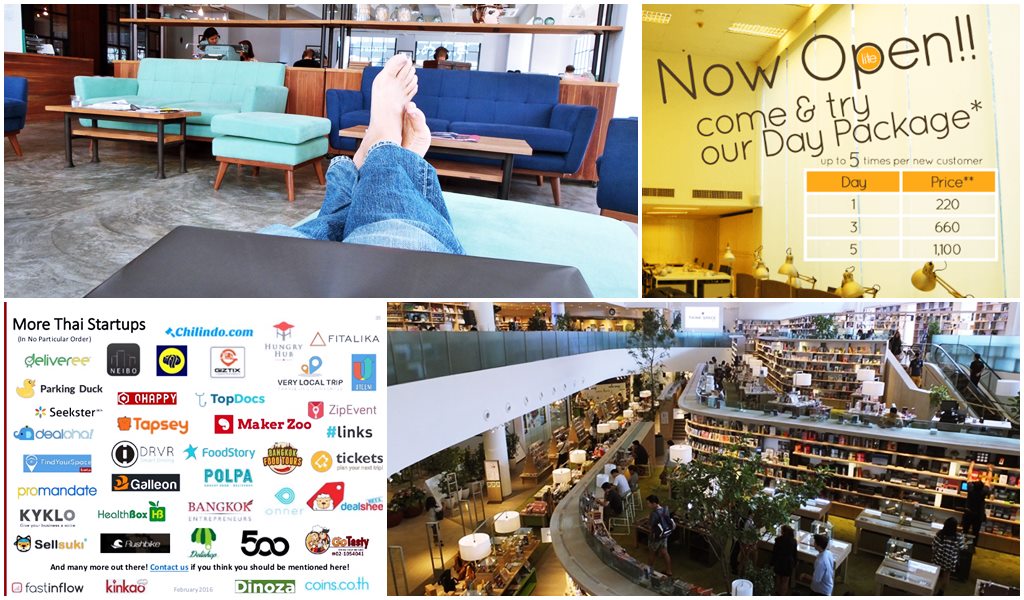 Bangkok has been voted the world’s top destination four years in a row, according to Travel & Leisure magazine.

Along with that, Thailand is ranked second for tourism in southeast Asia. However, an interesting phenomenon is occurring. Thailand is becoming more than just a tourist paradise – it is also a startup paradise.

Is Bangkok ready to become the next global startup hub ?

Today, Thailand is ready to accept startup founders and entrepreneurs more than ever. In fact, the Thai government believes 2016 will be a golden year for its startup industry.

Although its startup scene is still young, Bangkok is said to be one of the fastest booming startup scenes in the world. It is no longer the underdog of the global startup hub.

The Thai government launched a 20 billion baht fund, equivalent to USD $570 million, to support the growth of local startups. Their goal is to establish 10,000 startups within the country by 2018.

It will also finance some 2,500 existing startups. The fund will be allocated between two industries: tech startups and general startups.

Main industry startups in Thailand excel in e-commerce, with fintech at a close second, logistics as third, payments fourth, and gaming fifth.

10,000 does not sound like much unless you know the growth figures of the Thailand startup ecosystem between 2012 and 2016. In 2012, there was only one Venture Capital firm, one accelerator, and zero startups existing in the market.

In 2016, there are now over 60 VCs with 6 accelerators in the country – and more than 72 startups funded. The following are 10 successful startups in Thailand:

Southeast Asia is still a blue ocean market with less than 1% of online-shopping today; however, it is said that the region will eventually become the third largest e-commerce market in the world after China and India.

A little fun fact: Thailand’s population is 67 million with 147% of mobile penetration rate. There are 35 million active Facebook users spending average of 2.35 hours per day on the site. This is a tremendous amount of time compared with the US consumer (the average spends 40 mins on Facebook per day).

Thai people spend nearly 5 times more than US Facebook users. Facebook recently parented with 2c2p, a Thai payment processing startup, in order to develop its social commerce capability by letting customers purchase within Facebook. Their intent is to reduce the fear of online shopping through its services.

Southeast Asia is on its way for growth and development potential. Thailand will no longer be a paradise solely for tourists – but also for aspiring entrepreneurs.

This article was written by Taiki Beaufils, social media manager at D8ii Limited, a UK startup based in Bangkok. The views and opinions expressed in this article are those of the author and do not necessarily state or reflect the views of  Thailand Business News

Author Bio: Taiki Beaufils is a social media manager at D8ii Limited, a UK startup based in Bangkok. Twitter: @taiki124