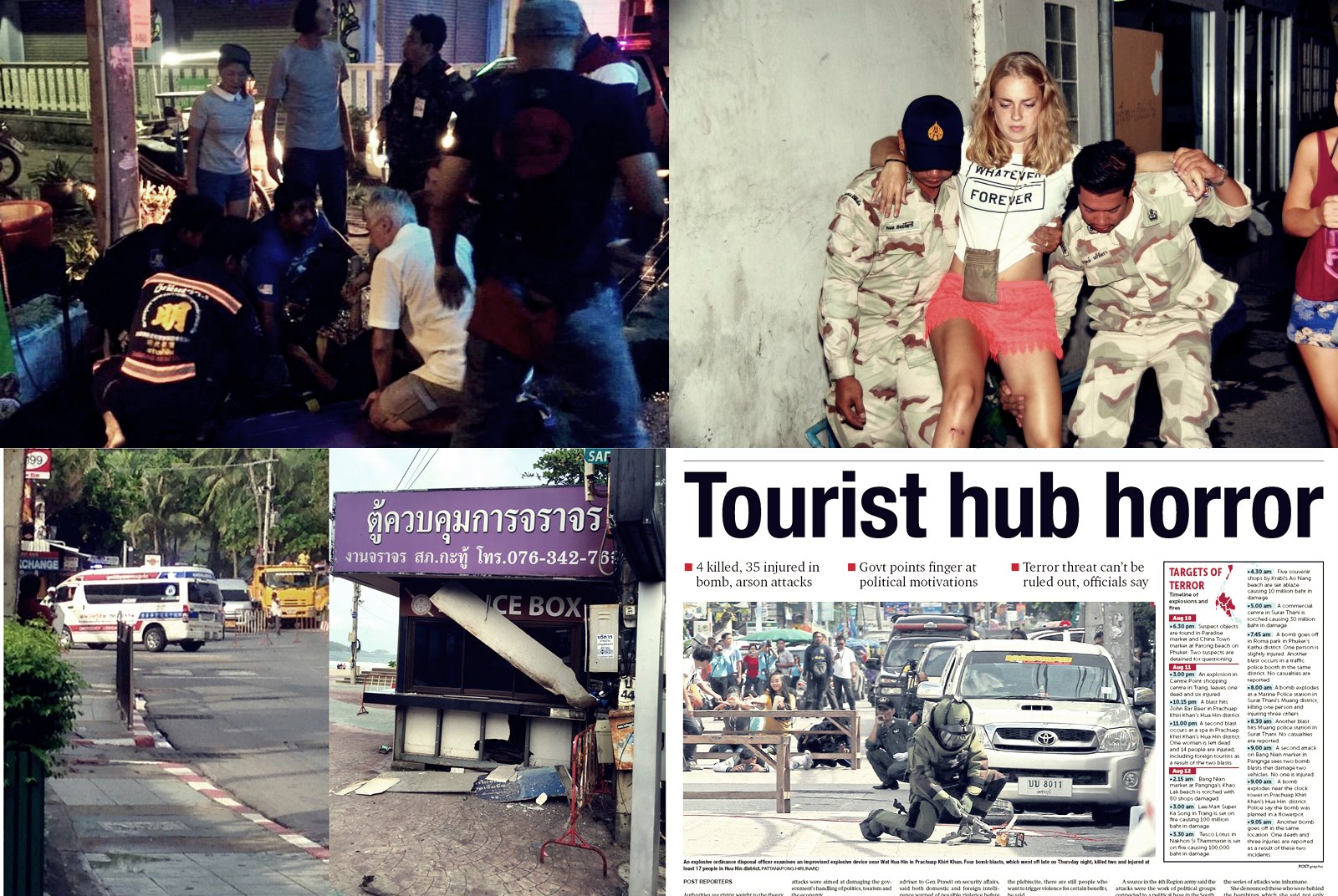 According to a recent estimate from the NESDB ( National Economic and Social Development Board) the recent bombing and arson attacks in seven southern provinces are unlikely to impact on Thailand’s growth rate.
Thailand’s GDP is anticipated to register at 3.3 percent increase for the whole of this year, said Mr Paramethi Wimonsiri, secretary-general of the National Economic and Social Development Board, on Monday.

Growth rate for the second quarter which was registered at 3.5 percent has driven the economy for the first half of the year to expand 3.4 percent as a result of increase in household spending as evident in the expansion of car sale – the first in 13 quarters.

Deputy Prime Minister Somkid Jatusripitak said the blasts were unlikely to cause any drastic impact on the economy, instead urging the public to remain calm and not panic about the bombings.

Policymakers and economists alike now seem to agree that this episode will have only short time effects on Thailand’s GDP.

But Thailand is a thriving tourism economy with high dependence on Travel & Tourism income.

According to WTTC’s data, Travel & Tourism contributed THB2.8 trillion (US$81.6 billion) in 2015, which is nearly 21% of GDP, and the sector supported 6 million jobs which is 5% of the country’s employment.

“Despite the bomb attack at the Erawan Shrine in Bangkok in August 2015, Thailand’s visitors grew by 20% last year to 30 million travellers and the money they spent grew by 25% over the same period. The country will continue to be a key tourism destination for travellers.” said David Scowsill, President & CEO of WTTC.

However comparing the recent string of bombing to the Erawan Shrine attack in August 2015 may not be relevant to the current situation in the three southern provinces.

Southern Muslim insurgents have already shown a much more organized capacity of bombing than their Ouighour counterparts who where held responsible for the Erawan Shirne attacks in Bangkok.

The southern region, which the country annexed more than a century ago and which borders neighbouring Malaysia, has been battered by 12 years of violence with shootings and roadside bombs that have killed more than 6,500 people since 2004, most of them civilians.

The violence has mostly been confined to the three provinces, and no attack outside the region of the scale and complexity of August 11-12 has ever been linked to armed groups.

However, a recent vote for a new military-drafted constitution, within the context of floundering peace talks with the separatists in the south, could have acted as a catalyst for more audacious attacks Anders Engvall, a research fellow at the Stockholm School of Economics, told Al Jazeera.

“They [the separatists] have gone on for 12 years in isolation with little success. In the first 10 days of August, they did 50 of exactly the same type of attacks in the Deep South and no one cared,”

In other words, now that operating out of their usual field of action has proven much more efficient, southern Muslim insurgents will probably carry other attacks in Thailand, in other touristic destinations.

Thailand could lose up to 200,000 foreign visitors

Mr Paramethi Wimonsiri pointed out that security agencies were capable of controlling the situation quickly after the violent incidents in the seven southern provinces last week whereas the injured victims from the bomb explosions, including foreign tourists, had been taken good care of.

However some agencies pointed out that Thailand could lose up to 200,000 foreign visitors and $293-million in tourism revenue this year.

Yuthasak Supasorn, governor of the state Tourism Authority of Thailand, said the attacks could result in long-term losses in terms of tourist revenue and arrivals, mainly from other Asian countries.

Tourism accounts for 10 percent of Thai gross domestic product and is one of the few bright spots in an economy that has struggled under the stewardship of a military government that seized power in a bloodless coup two years ago.

The wave of attacks in places including the seaside town of Hua Hin and the island of Phuket, is the biggest challenge to an industry that has weathered more than a decade of instability and bounced back from violence over recent years.

The private sector is confident that the bombing incidents at tourist locations in several southern provinces will have only short-term impact after international terrorism was ruled out.

Thanawat Pholvichai, director of the Economic and Business Forecasting Centre of the University of Thai Chamber of Commerce, voiced his confidence after authorities ruled out international terrorism as the cause.

But he said investigation by security authorities should determine if the violence had any link with the southern insurgency in the deep south, or it was the work of any group of opportunists hoping for some gains in the violence.

However he believed it was domestic affairs, adding in such scenario, the impact on economy would be short-term and minimal.

He put the economic loss from the bombing incident at just a billion baht, while expressing confidence the country will return to peace and order quickly, if security authorities could establish the exact cause faster.