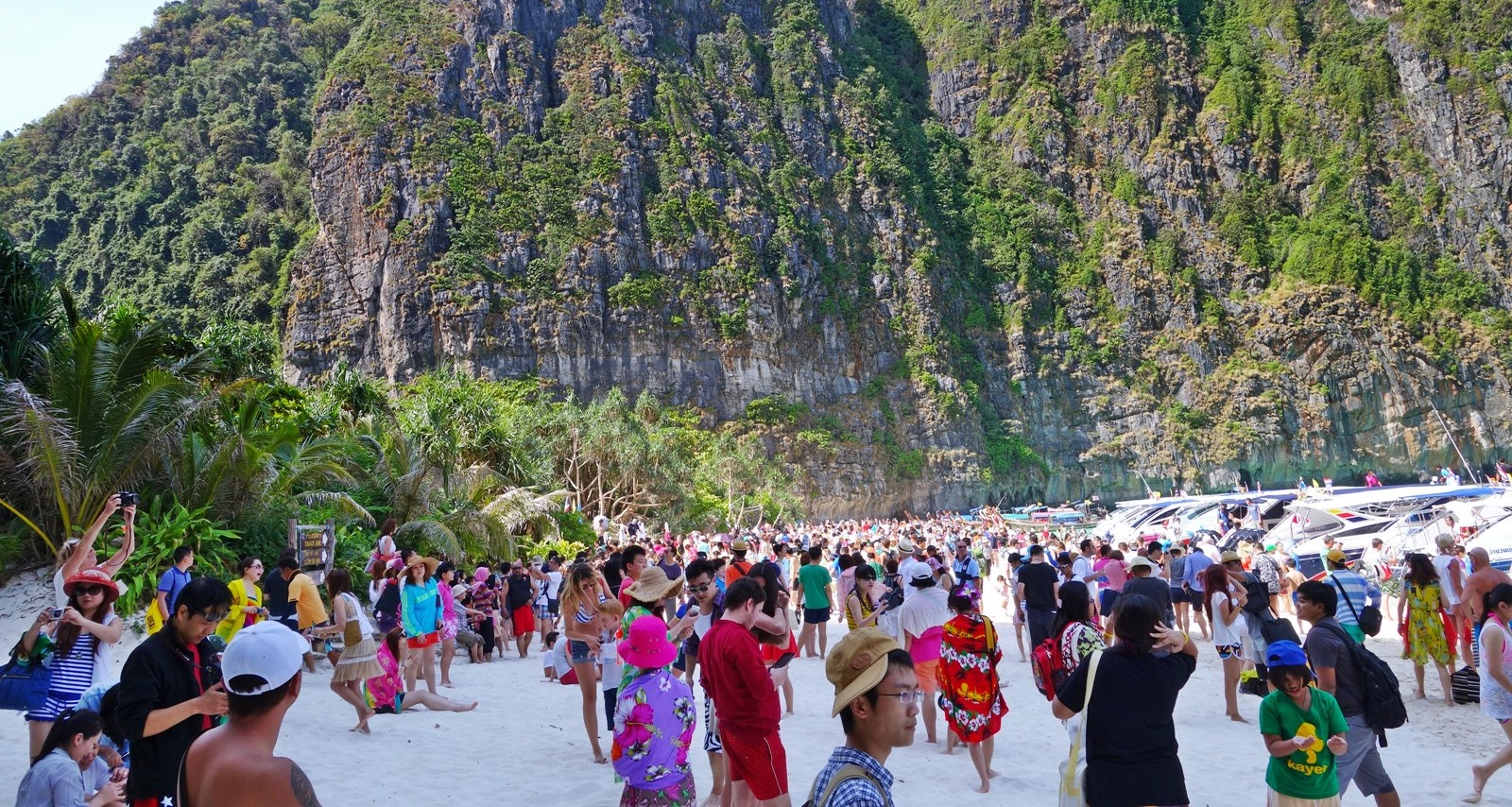 Tourism and Sports Ministry permanent secretary Pongpanu Sawetarun said that the projected arrivals of 33 million visitors to Thailand throughout 2016 is likely to be met.

The number of Chinese tourists has jumped almost 10-fold in the past decade by 7.9 million, thanks to China’s economic boom and strong tourism promotion drives.

China is Thailand’s leading source market and its fastest growing. In 2015, Thailand attracted 7.9 million Chinese visitors, generating over 376 billion Baht in revenue, up respectively 71 per cent and 87 per cent over 2014.

This year, from January to July, Chinese visitor to Thailand totalled 5,764,839 or a year-on-year increase of 20.54 percent and the number of arrivals from China could reach 10 million at the end of 2016.

The Ministry of Tourism and Sports had agreed to the proposal that the minimum daily fee for each Chinese visitor is set at 1,000 baht.

The proposed fee will be submitted to the Tour Guide Business Committee with the Tourism and Sports Ministry permanent secretary acting as president on September 30. If it is approved, it will be announced officially and be effective, he said.

He was confident that Thailand will certainly have welcomed no less than 33 million visitors throughout this year.

Despite a large number of arrivals by Chinese tourists, Thailand is not getting the expected economic benefits as most of the income ends up in the pockets of zero-dollar tour operators.

China is Thailand’s leading source market and its fastest growing

Chinese operators of zero-dollar tour services cooperate with Thais to trick Chinese tourists into paying for goods at rates much higher than usual.

The tourists are also overcharged for trips to clubs offering lewd entertainment, and jewellery shops selling items at inflated prices.

The practice has been rife for decades across all tourist markets, not just Chinese tour groups.

With the ubiquitous “Land of Smiles” advertising slogan promoted around the world, Thailand has become one of the best-known international tourist destinations.

In some places near the popular island destination Phuket, 80 percent of coral reefs are damaged due to too many people diving and not keeping a safe distance from these precious marine lifeforms.

In other places, overcrowding of speedboats increased pollution and damaged fragile coastlines.

Thailand and China sign an MOU to develop quality tourism

Following a high-profile discussion between representatives from Thailand’s Ministry of Tourism and Sports (MOTS) and China National Tourism Administration (CNTA), presided over by Mrs Kobkarn Wattanavrangkul, Minister of Tourism and Sports, the two nations have signed a Memorandum of Understanding (MOU) to develop quality tourism.

Under the agreement, the two countries will set up a joint committee to improve the quality of tourism to ensure impressive experiences for Chinese tourists at reasonable prices.

The MOU was signed on 21 September 2016, by Mr Pongpanu Svetarundra, Permanent Secretary of Ministry of Tourism and Sports, and Mr Wang Xiaofeng, Vice Chairman of CNTA.

The MOU was aimed at enhancing tourism cooperation between Thailand and China for the mutual benefit of both nations through standardised mechanisms for communications and collaboration, joint operations, mutual understanding, and training.