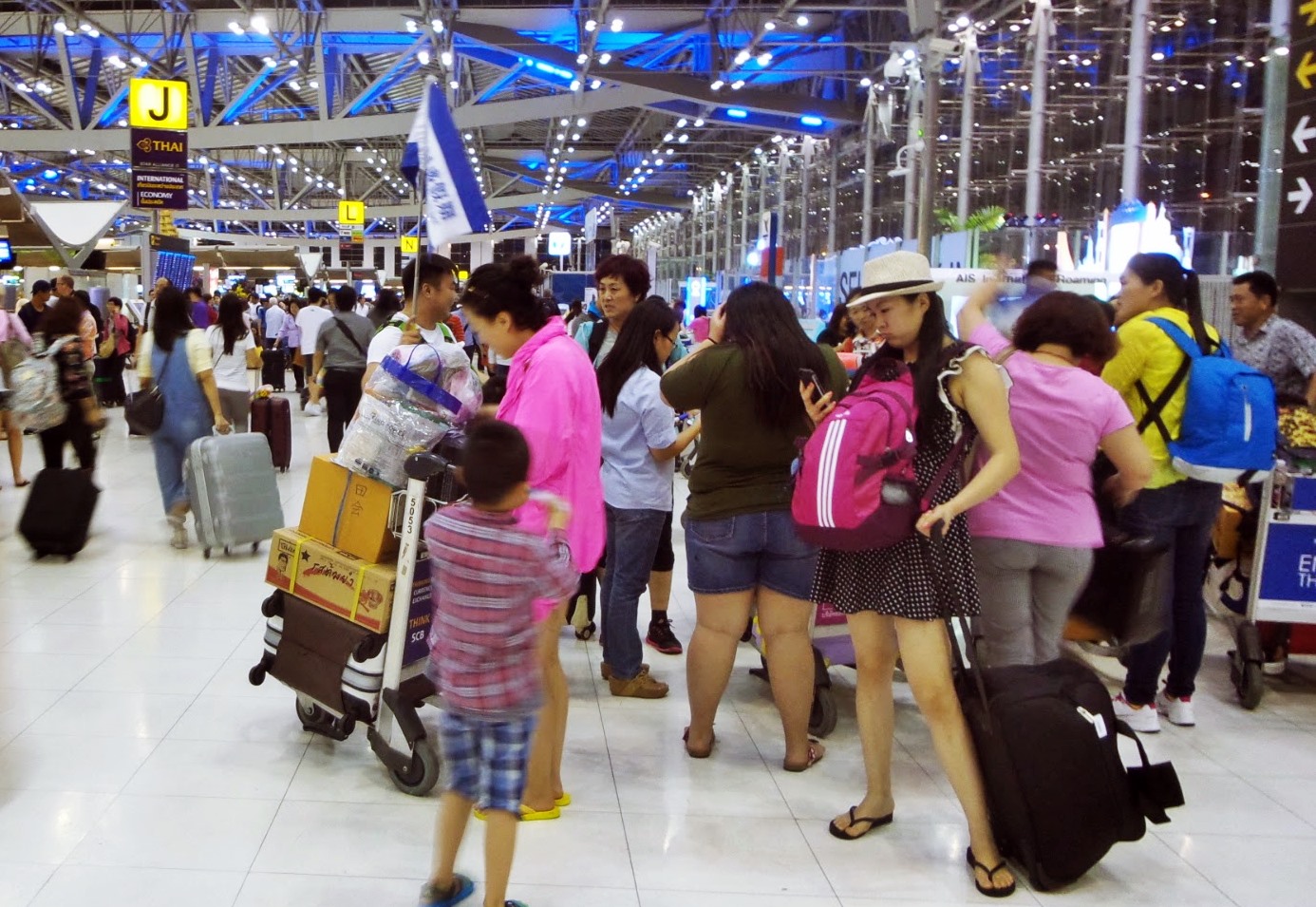 With the ubiquitous “Land of Smiles” advertising slogan promoted around the world, Thailand has become one of the best-known international tourist destinations. Yet despite a large number of arrivals by Chinese tourists, Thailand is not getting the expected economic benefits.

Thailand’s earlier projection of ten million Chinese tourist arrivals this year is likely to fall short of target due to a sharp drop of tourists from China as a result of the government’s crackdown on zero-dollar package tours from China, said Mr Sinchai Wattanasartsathorn, president of Pattaya Tourism Association, on Sunday.

European tourists have increased but their numbers are still small, he added.

Tourism and Sports Minister Kobkarn Wattanavrangkul told reporters that visitor arrivals rose 1.8 percent in October from a year earlier, or about 1.9 million.

“Visitor numbers in October were still positive but there were five days missing and we will get them later,” she said, noting the preliminary data captured only 26 days.

“For the whole year, we still expect to achieve our 32 million target. But I don’t want you to focus on the numbers but rather on revenue,” she said.

TAT officials met with representatives of main aviation companies deserving China on 6 October, 2016, to secure their agreement and cooperation to promote quality tourism from China.

The Tourist Police seized assets of OA Transport over the company’s allegedly inappropriate operations. The company controlled more than 3,000 tourist buses in the country.

They usually sell package tours to Chinese tourists below costs. But upon arrival in Thailand, the tourists will be taken to souvenir or jewelry shops which overcharge them heavily to recoup the below-cost packages.

China is Thailand’s largest source of visitor arrivals, with 7.9 million visitors in 2015 and a projection of 10 million in 2016.

A total of 105 tour operators and product managers from China visited Thailand as part of a sponsored trip to explore the diverse range of high-quality tourist attractions and services in different parts of the country.

The “Product Manager Business Trip 2016” between 29 October-4 November, 2016, was organised by the Tourism Authority of Thailand (TAT) in cooperation with partner airlines to help the Chinese tour operators update their offers to their respective guests and clients. The trip covers products and services in Bangkok, Rayong, Pattaya and Samui.

TAT officials met with representatives of all these aviation companies on 6 October, 2016, to secure their agreement and cooperation to promote quality tourism from China.