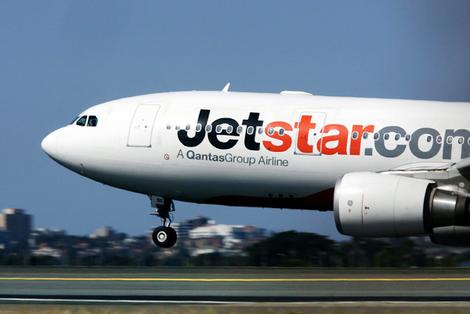 Jetstar and AirAsia unveiled plans on Wednesday to slash costs and ticket prices by pooling some resources, taking the first step in an alliance that could transform the Asian budget market.

The world’s first budget airline alliance was forged yesterday between AirAsia and Australia’s Jetstar to pool resources and expertise, procure new aircraft and revenue-sharing deals which could lead to cost savings of between A$200mil and A$300mil annually.

It will initially take 16 months from the signing of the agreement to see these savings but that figure is achievable every year thereon. The immediate cost savings will be in fuel purchases, maintenance, sharing of aircraft engine spare parts and ground handling in the Asian markets both carriers operate.

Nevertheless, the impact on lending was muted. Commercial banks, concerned about credit risks in a contracting economy, were cautious in lending, while private sector demand for credit generally declined in tandem with economic activity. The rate of increase in loans by commercial deposit-taking institutions slowed from 8.4% in the ifrst quarter to 6.1% in the second. Stock prices as refected in the SET index, afer falling by 48% in 2008, picked up in the second quarter of 2009. The index rose by 45% in the first 8 months of this year, a gain in line with other Asian markets.
.

While China’s biggest corporates are increasingly flexing their global muscle as the country’s economic and geopolitical influence accelerates, Bangkok is the 10th most popular destination for mainland firms expanding overseas. END_OF_DOCUMENT_TOKEN_TO_BE_REPLACED

With its strategic location in the center of ASEAN with emerging markets, including Cambodia, Laos, Myanmar, Malaysia and southern China, on its border, Thailand is well position to connect investors to new opportunities arising from the increasing border trade and the region’s rapid economic growth.
END_OF_DOCUMENT_TOKEN_TO_BE_REPLACED