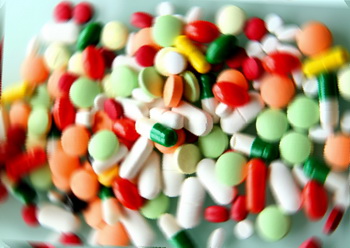 Thailand’s pharmaceutical market is expected to grow by 7.7% in 2009. Although this is below the 2004- 08 compound annual growth rate (CAGR) of 12.4%, it is well above the global average for this year. Annual per-capita spending is US$58.60 and the drug market accounts for 1.46% of GDP. We are forecasting a 5.66% CAGR for pharmaceutical sales through to 2019. Due to the strengthening baht, the market will post a 10-year CAGR of 7.80% in US dollar terms.

In our Pharmaceutical Business Environment Ratings table for Q210, Thailand has retained tenth position out of the 15 key markets surveyed in the Asia Pacific region. The country’s score of 50.5 of 100 is also unchanged from the previous quarter. This is a slight disappointment because the regional average increased from 53.2 to 54.2. Compared to its neighbours, Thailand scores well for ‘Pharmaceutical market’, but is let down by ‘Country Structure’ and ‘Market Risks’. Over the medium term, we expect the country to improve its position on the Pharmaceutical Business Environment Ratings table. However, it will never challenge the leading emerging markets (namely, China and India), or the well-established developed states (such as Japan and Australia).

Under the populist programme rolled out in 2001, people could pay a nominal fee of THB30 (US$0.90) to receive medical treatment. Despite its critics, the scheme survived the 2006 coup and continues to provide healthcare to many millions of people that would otherwise be unable to pay.

In 2008, public sector spending on pharmaceuticals reached US$1.91bn, or 54% of the total market. However, these funds were not equally distributed among Thailand’s 63.4mn population. Almost 50% was spent by doctors treating the country’s 5mn civil servants, while the remainder was spent on the ‘30 baht’ scheme introduced by former prime minister Thaksin Shinawatra.

Under the populist programme rolled out in 2001, people could pay a nominal fee of THB30 (US$0.90) to receive medical treatment. Despite its critics, the scheme survived the 2006 coup and continues to provide healthcare to many millions of people that would otherwise be unable to pay. According to the World Health Organization (WHO), the public sector accounted for 66.3% of healthcare spending in Thailand during 2007. The corresponding figure in 1995 was 47.0%.

Corruption is widespread in Thailand. Public Health Minister Witthaya Kaewparadi resigned in 2009 after a government-appointed panel found evidence of misappropriation of funds provided by the Thai Khemkhaeng (‘Strong Thailand’) stimulus package. The investigators specifically identified procurement items with unusually high prices and deemed others unnecessary for improving the health of the nation. We are maintaining its forecast for healthcare expenditure, but if the political climate worsens and the economic recovery stalls, a downward revision is likely. Healthcare spending in Thailand reached US$10.37bn in 2009. This equates to a relatively low 3.98% of GDP. Annual per-capita spending is US$160.32 well below the Asia Pacific average of US$1,014.