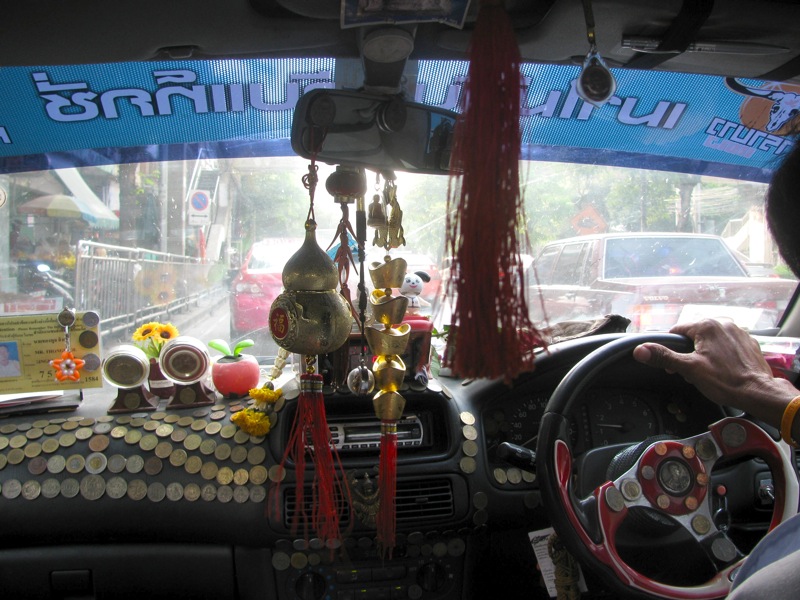 Taxis in Bangkok and nearby provinces will have better hygiene standards in preparation for the arrival of the ASEAN Community in less than three years’ time.

Public Health Minister Wittaya Buranasiri said that the Ministry of Public Health is launching the “Healthy Taxi” project in response to the Government’s policy of reducing health risks and initiating good health measures.

In the initial stage, 1,000 taxis will be accepted to join the project by September 2012 and the number will increase in the next fiscal year

The project is aimed at improving safety standards in terms of sanitation in various taxis and among taxi drivers, so that passengers, especially sick people, will not be concerned about communicable diseases. It is also regarded as an act of surveillance to prevent certain diseases, such as influenza, that might occur after using public transport.

Minister Wittaya stated that the project is divided into two parts. The first part seeks to promote health among taxi drivers by providing them with free medical check-ups, such as blood tests and X-ray service. The medical check-ups will be offered at 10 hospitals in Bangkok and its vicinity.

Health certificates will be given to taxi drivers who have joined this project, and they are required to have medical check-ups every year. The Ministry of Public Health believes that when taxi drivers enjoy better health, they will drive more carefully, and by so doing, road accidents are likely to decline.

In the second part, all participating taxis will have to be checked on a regular basis to ensure that their sanitation, both inside and outside the cars, is up to accepted standards. The vehicle conditions must also be improved to the standards set by the Ministry of Transport.

According to Minister Wittaya, taxis passing through these checks will receive a sticker showing their safety conditions. They will be registered at various hospitals, which will arrange a “healthy taxi” spot at the out-patient department to provide better services for patients.

In the initial stage, 1,000 taxis will be accepted to join the project by September 2012 and the number will increase in the next fiscal year. Statistics compiled by the Department of Land Transport show that there are currently more than 100,000 taxi drivers in Bangkok and nearby provinces. Out of this number, about 20,000 are the owners of their taxis, while 60,000 rent them for making a living.

Minister Wittaya added that the Health Taxi project would also help promote Thailand’s tourism and the development of the country into a medical hub of Asia.

via Inside Thailand — Improving Hygiene Standards for Taxis in Preparation for the Arrival of the ASEAN Community.