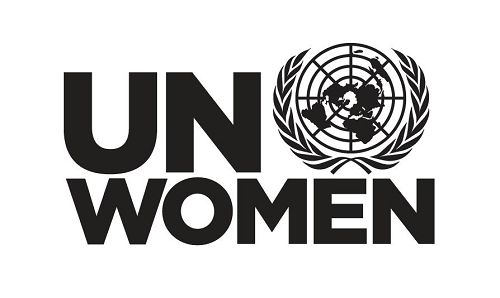 Thailand is the seventh worst nation in relation to violence against women, a recent report from the United Nations revealed.

However, this record might get better soon as the Kingdom has become a member of the UN Womens executive board and the agencys Asia-Pacific base is being set up in Bangkok.

Thailand is the seventh worst nation in relation to violence against women, a recent report from the United Nations revealed.

According to UN Women, it is helping the government develop a national action plan on ending violence against women.

“Up to 44 per cent of women in Thailand have reported to have been a victim of violence at least once in their lifetime. Thailand will be strongly supported in eliminating and preventing violence against women and girls,” Michelle Bachelet, the under-secretary-general of the United Nations and executive director of UN Women, said.

“I am delighted that Thailand is a member of the Commission on the Status of Women [CSW] – an inter-government body that sets international norms and standards on gender equality, womens empowerment and womens rights,”

she said.CSWs 57th session on March 4-15 will focus on “Elimination and Prevention of Violence against Women and Girls”.Bachelet said that through its participation in this session, the Thai government would be able to contribute to the commissions conclusions and reflect the global communitys responsibility to guarantee a life free of violence for women and girls.

via Thailand 7th most dangerous nation for women – The Nation.

[Sawasdee Kha] Good Afternoon, Thank you very much for being here this afternoon.

First, I would like to extend my best wishes to His Majesty the King Bhumibol Adulyadej on the occasion of his 85th Birthday and to her Majesty the Queen and the Royal Family of Thailand.

This is my first visit to Thailand as UN Women’s Executive Director. This is a visit I have been looking forward to for some time. Thailand is at once an ancient civilization and a modern, vibrant country. It is a pleasure to be here.

I also wish to express UN Women’s appreciation to Her Royal Highness Princess Bajrakitiyabha, who has been UN Women’s Goodwill Ambassador since 2008. Her advocacy catalyzed large scale support from the people of Thailand for the “UN Women Say NO-UNiTE to End Violence against Women” initiative. Educational efforts in schools have focused on engaging youth at an early stage.

Massive awareness campaigns have reached every corner of the country, including through participation of the private sector.

Thai judges and police cadets have embarked on the first-ever trainings to end violence against women and girls.

The Justice sector agencies and national women’s machineries have developed inter-sectoral agency guidelines for judicial personnel and the police to ensure full implementation of the Domestic Violence Act. This also includes a piloting of courts in which women do not need to face perpetrators during court proceedings.

Government Ministries have come together in a formal agreement to improve access to services for survivors. One Stop Crisis Centers have spread to 750 provincial and district hospitals.

I am proud that we are a partner of the Government of Thailand in developing a National Action Plan on ending violence against women.

I am also delighted that Thailand is a member of the Commission on the Status of Women, the intergovernmental body that sets international norms and standards on gender equality, women’s empowerment and women’s rights.

Through its participation in this session, the government of Thailand will be able to share its impressive track record in prevention and protection. It will be able to contribute to the Commission’s conclusions and reflect the global community’s responsibility to guarantee a life free of violence for women and girls.

With the establishment of UN Women’s Regional Office for Asia and the Pacific in 2012 in Bangkok, UN Women will now be able to work more closely in partnership with the Government and with civil society.

We are also looking forward to continuing our joint work in other areas, including review and development of legislation and legislative trainings for government agencies to ensure equality of opportunity and non-discrimination on the basis of sex and gender.

The Thai Women’s Empowerment Fund which was established by the Prime Minister is an important resource for women seeking to strengthen their productive capacities and to innovate in the economic sector. UN Women stands ready to provide technical support to the management of the Fund.

I thank the people and Government of Thailand for their commitment and support to gender equality and the empowerment of women.

Thank you. And I look forward to answering your questions.

BGH to set up a hospital in Myanmar

Why we can be optimistic this World AIDS Day