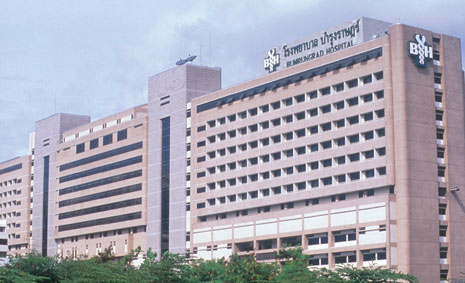 Despite growing challenges from other attractive medical hub countries in recent years, Thailand has retained its premium status as medical tourism hub.

“I think a word of mouth gets out. At first they came as tourists, then they might have some accidents and they came to hospital. They were surprised to have this kind of medical service. When they go back home, they tell their friends and maybe there are some direct flights. So people start saying this is very interesting,”

said the hospital marketing director. But Thailand is not the only country which positions itself as a medical tourism hub. Hospital Marketing Director Kenneth Mays said Singapore and India have always been rivals, with newcomers like Malaysia, Turkey, South Korea and Costa Rica. But he believes Thailand will remain the top player in the industry and benefit from the integration of the ASEAN Economic Community.

“Thailand has a competitive advantage in the world for medical treatment. ASEAN has Thailand as a leader in medical tourism, as well as Malaysia and Singapore. So I think ASEAN can promote a region as medical destination and then we have countries within ASEAN like Indonesia where a lot of people need a lot of medical treatment outside their country. We can make it easier for people to cross border and make patients come here to Thailand,” said Kenneth Mays. (MCOT online news)