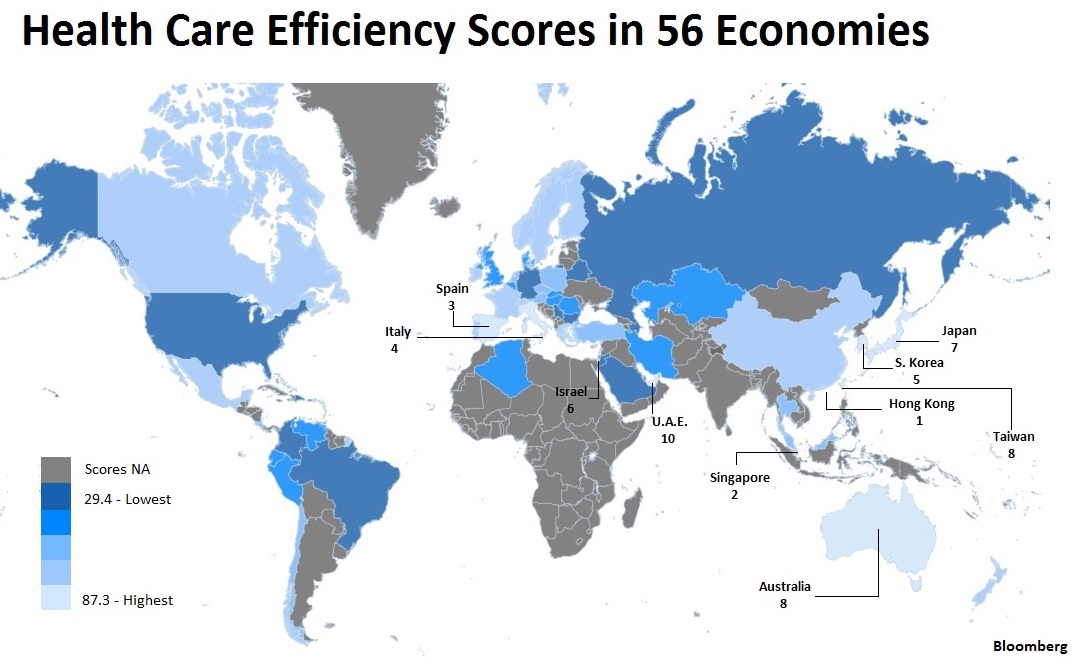 Thailand is now ranked 27th among 56 countries ranked on the Bloomberg Health Care Efficiency Index, up from 41st place last year, the biggest annual improvement in 2018

Thailand moved up 14 places to No. 27, as per-capita spending declined 40 percent to only $219, while life expectancy advanced to 75.1 years. Medical tourism industry is among Thailand’s fastest-growing industries.

The Bloomberg Health Care Efficiency Index ranks countries with an average population lifespan of at least 70 years, GDP per capita exceeding US$5,000 per year (about 162,000 baht) and a minimum population of 5 million.

By comparison, Hong Kong’s per capita spending on health care stands at US$2,222 (about 71,900 baht), while its average lifespan currently stands at 84.3 years, he said.

Thailand fared better than many developed countries in the index, with the Netherlands ranking one place below the Kingdom at 28, United Kingdom ranking 35th, Denmark 41st, Germany 45th and the US 54th

The top five spots on the index are claimed by Hong Kong, Singapore, Spain, Italy, and South Korea, respectively.