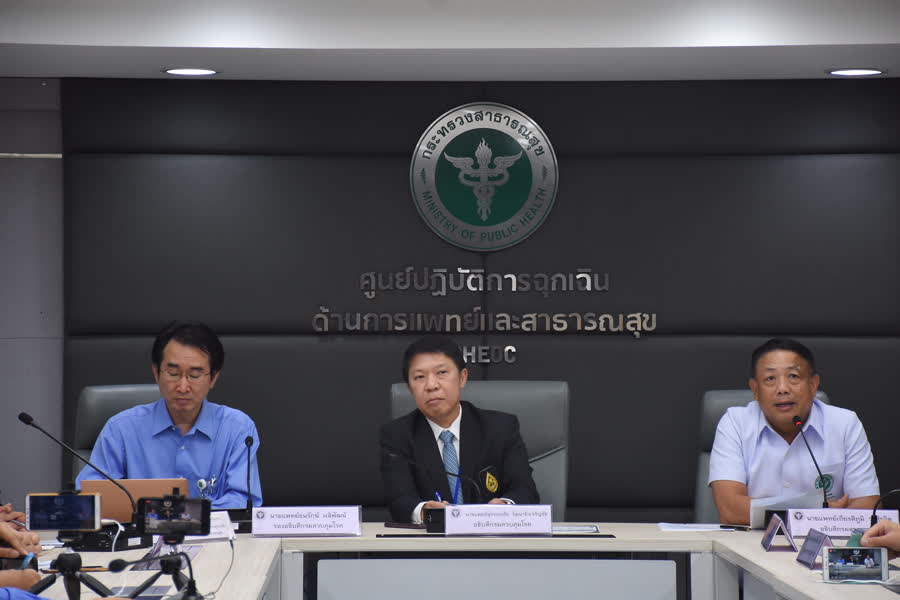 BANGKOK (NNT) – The cumulative number of confirmed cases of 2019 novel coronavirus infections in Thailand remains unchanged at 25, with patients responding well to treatment.

The Department of Disease Control’s Director General Suwannachai Wattanayingcharoenchai, has reassured the general public of the robust disease control system in Thailand, urging them not to believe fake news.

16 patients are now receiving treatment at hospitals, while nine other patients have been discharged from hospital. With 25 cases, Thailand is listed fourth among countries with the most cases.

20 new suspected cases were reported yesterday, raising the number of cumulative suspected cases to 615 cases. Of this figure, 225 patients have already been discharged, while 390 patients are still in hospitals.

The Ministry of Public Health is asking the general public to be cautious about accepting new information, and to look at the overview of the situation where most mortalities occur among elderly patients and those with chronic diseases.

It doesn’t mean however that younger people are entirely safe if infected.

On concerns regarding the risks among medical professionals, the Ministry of Public Health has stressed medical professionals in Thailand have been well prepared from the beginning, while the case of a Chinese doctor who is reported to have passed away after getting infected, may be due to insufficient protective measures available when the outbreak first occurred.

The Ministry of Public Health is asking the general public not to believe or share fake news online, which often comes without credible sources and is intended to cause panic. The spreading of fake news is punishable by law.