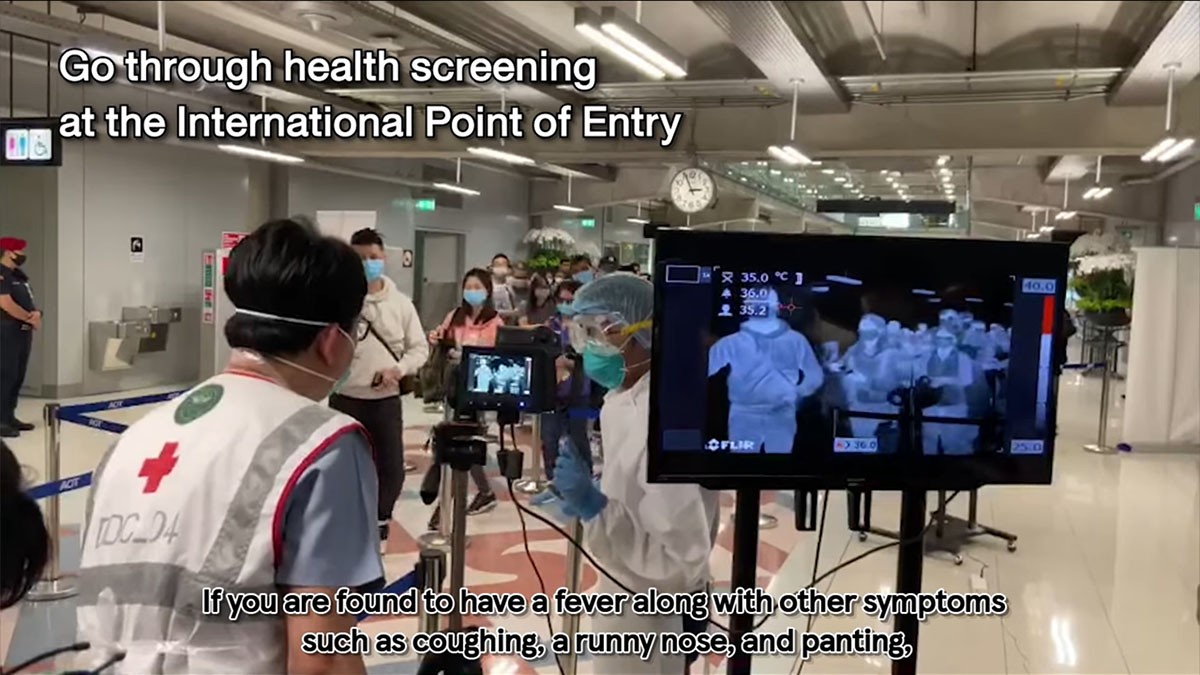 The Royal Thai Police has announced strict screening of people entering Thailand by land, air and sea in order to limit the spread of the coronavirus disease 2019 (COVID-19). Particular emphasis is being put on people arriving from the major threat countries of China, South Korea, Italy and Iran.

The Deputy Commander of Immigration Police Division 2, Pol Col Choengron Rimpadee, elaborated that measures being put in place will include inspection of aircraft seats, and includes the division of individuals by risk with the first group to be those who overstayed their visas, who will be questioned and checked for symptoms before being released to return home and monitored for 14 days.

The second group is Thai tourists returning home and foreigners, who will have to leave contact information. If any individuals later show symptoms, those sitting near them on the arrival plane will also be tested.

On why police have not requested South Korea to quarantine Thais who overstayed before releasing them for the trip home, Pol. Col. Choengron said it was up to the discretion of the country.

He said the embassy has been asked to accommodate those being quarantined and airlines have been urged to help in separating risk cases. Passengers later found to be ill will incur a fine payable by the airline.

Pol Lt Gen Witoon Nitiwarangkul, a lead physician at the Police Hospital, says that of 31 people who sought testing for COVID-19 at the facility, only one tested positive, a Chinese citizen from Wuhan province. The patient has been cured and allowed to return home. Medical personnel have been told to exercise strict precautions, and plans have been set for a third phase of the spread.

Deputy police spokesman Pol Col Krissana Pattanacharoen urged people returning from COVID-19-risk countries to have a sense of social responsibility and observe a 14-day quarantine period at home. They can protect others by wearing a protective mask. He believed social pressure will make them more responsible.

Police officers have been working actively to screen and monitor passengers arriving in the country and arrest vendors hiking the price of masks. So far, more than 50 vendors have been arrested.