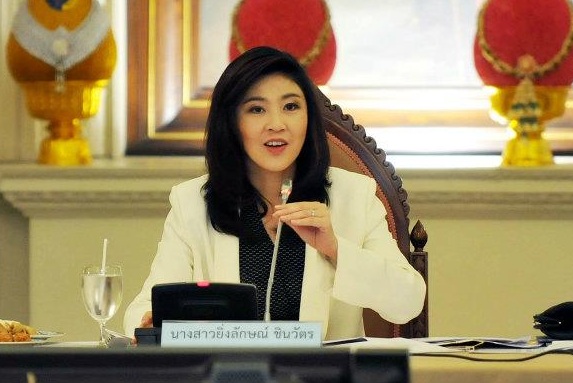 In the Republic of Korea, she is scheduled to attend Ms. Park Geun-hye’s inauguration as president, which is a significant event showcasing women’s empowerment in the administration of state affairs.

The visit to the Republic of Korea on 24-25 February is at the invitation of President-Elect Park Geun-hye. The Prime Minister will be in Hong Kong on 25-26 February as guest of Hong Kong’s Chief Executive Leung Chun-ying.

Prime Minister Yingluck will take this opportunity to congratulate the first female President of Korea and will call on President-Elect Park Geun-hye to join hands in promoting women’s empowerment development in the region.

She will also reaffirm the incoming President of South Korea as Thailand’s “strategic partner,” an initiative during the regime of President Lee Myung-bak, and Thailand’s intent to work with South Korea on the goal of 13-billion-US-dollar mutual trade volume in five years, as agreed earlier with the outgoing President.

Furthermore, 2013 marks the 55 years of diplomatic relations between Thailand and South Korea. With South Korea’s considerable success in water management, Prime Minister Yingluck also plans to invite the new President to attend the 2nd Asia-Pacific Water Summit, to be hosted by Thailand in May 2013.

On this occasion, she will also pay a courtesy call on the outgoing President Lee Myung-bak at the presidential residence to thank him for his constant effort to strengthen mutual relations between Thailand and South Korea and to bid farewell to the outgoing President. The Speaker of South Korea’s National Assembly, Mr. Kang Chang-hee, will host a dinner in honor of the Thai Prime Minister.

During her state visit to Hong Kong, Prime Minister Yingluck will stress on investment opportunities in Thailand formulated under the national strategies, in order to attract leading investors and financiers from Hong Kong. She will also present Thailand’s potential as the regional connectivity hub.

Apart from meeting Hong Kong’s executive-level bankers and financiers, the Prime Minister will also meet leading travel companies to promote Thailand’s tourism. She will hold discussion with Hong Kong’s Chief Executive Leung Chun-ying, who has recently assumed the position. During the discussion, she will reaffirm mutual relations and cooperation on trade and investment promotion.

In addition, the Ministry of Finance and the Board of Investment of Thailand will hold a parallel event under the theme “Hong Kong Roadshow – Thailand’s Strategies: A Road Map for Real Opportunities.” Deputy Prime Minister and Finance Minister Kittiratt Na-Ranong will give a keynote speech on investment opportunities in Thailand. Other activities include a seminar to promote investment in Thailand and meetings between Thai executive bankers and financiers and their Hong Kong counterparts. Inside Thailand — Prime Minister Yingluck Shinawatra to Visit the Republic of Korea and Hong Kong