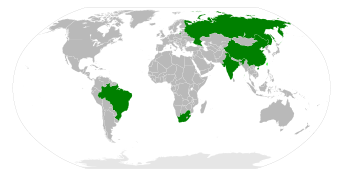 The world output is projected to rise by 4.4 percent this year, while emerging and developing economies will grow at a much higher 6.5 percent, said the IMF in its latest World Economic Outlook report (WEO).

As leading emerging economies, the BRICS countries, which is the combination of Brazil, Russia, India, China and South Africa, will continue to outpace other countries, said the IMF.

Among them, China’s economic growth is expected to remain robust at 9.6 percent this year and 9.5 percent in 2012, with drivers of China’s growth shifting increasingly from public to private demand, said the report.

However, the predicted growth rate of the two countries in 2011 and 2012 is stronger than what they achieved last year.

Fragility of the Chinese Mind