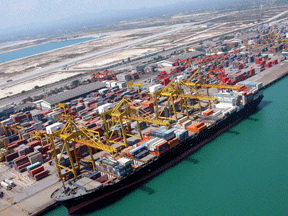 The proliferation of regional trade agreements has continued unabated since the early 1990s. In recent years, this has led to widespread debate on the advantages or disadvantages of regionalism over multilateralism.

The debate stems from the increased use of regional trade agreements (RTAs) in a world now ruled by an improved and disciplined multilateral trading system. The key question is whether these agreements will push the world toward discriminatory regionalism, or can be used as a vehicle for promoting multilateralism.

As of 31 July 2010, the GATT/WTO had been notified of some 474 RTAs, counting goods and services notifications separately. The structure of regional agreements varies hugely, but all have one thing in common — the objective of reducing barriers to trade between member countries. At their simplest, they merely remove tariffs on intra-bloc trade in goods, but more now go beyond that to cover non-tariff barriers and to extend liberalisation to trade and investment.

On the whole, the newer agreements tend to have deeper coverage, extending into areas of domestic disciplines beyond the exchange of tariff concessions, and a number of agreements now also cover the services sector and other areas of cooperation.

In this context, it is difficult to arrive at a clear conclusion on India’s stance on RTAs. To do so requires careful consideration of India’s place in the global economy, and the impact of potential trade diversion on its domestic industries. Traditionally, India has been a supporter of the multilateral system, but given the slow pace of negotiations and the developmental needs of its economy, it too has recently joined the RTA bandwagon.

Outside the South Asian region, India’s interest in trade liberalisation with the economies of East and Southeast Asia has grown. India signed a framework agreement on comprehensive economic co-operation with ASEAN in 2009 and several bilateral trade agreements with East Asian countries, including Comprehensive Economic Cooperation Agreement (CECA) with Singapore in 2005 and a free trade agreement with Thailand in 2003. The most recent initiative is the Comprehensive Economic Partnership Agreement (CEPA) with South Korea in 2009, comprehensive economic partnership Agreement with Japan in 2011 and India-Malaysia (CECA), also in 2011. Undoubtedly, these agreements will give a major boost to India’s trade and exports sector. But it is only later that the costly trade diverting effects of these agreements, if any, will come to the fore.

India’s increased involvement in RTAs comes despite concerns over the impact of participation on the domestic economy. The latest Economic Survey (2010-11) expressed concern about the trade diverting effects of RTAs on India’s trade. It says that though these FTAs benefit India’s exports, in some cases the benefits of the partner countries are much greater, with net gains of incremental exports from India being small or negative.

Geethanjali Nataraj is a fellow at the National Council of Applied Economic Research, India.