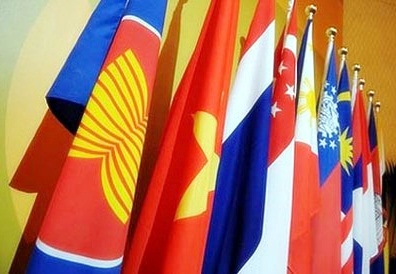 India Prime minister Singh acknowledged that India’s partnership with Asean had “benefited both” and contributed to the “process of integration and transformation of the Asia-Pacific region”, he pointed out in clear terms that India expected the Free Trade Agreement (FTA) in services and investment with the regional bloc to be sealed quickly, and put forward a March 2012 deadline.

“I seek your support for the early conclusion of a commercially meaningful Services and Investment Agreement. This would create a positive atmosphere for the implementation of the India-Asean Comprehensive Economic Cooperation Agreement as envisaged in our Framework Agreement of 2003. We should endorse the decision taken at the last round of negotiations in October to conclude the pact by March 2012,”

Singh said at the ninth India-Asean summit held in Bali.

Trade between the two entities grew 30 per cent last year, reaching the $50 billion. Singh expressed confidence that the figure would reach $70 billion by 2012, with all Asean member states having now ratified the FTA in goods.

He also noted that India had begun work on developing a long-term strategic partnership with Asean after the preceding years’ summit and had constituted an Asean-India Eminent Persons Group to help charm out an ‘Asean-India Vision 2020’ document.

“India has forwarded a number of cooperative projects as part of this Plan, as well as part of the $50-million Asean-India Cooperation Fund to the Asean Secretariat. We look forward to an early response from the Asean side,” Singh added.

After clarifying to his Chinese counterpart that India’s exploration of oil and gas in the South China Sea was “purely a commercial activity”, Singh chose to focus on economic affairs at the East Asia Summit (EAS), a leaders-led forum consisting of the 10 Asean member states and its dialogue partners, including the US, Russia, China, Australia, New Zealand, South Korea and Japan.

Outlining the risks to the global economy, specifically those that arose out of the ongoing euro zone crisis, Singh emphasised the urgency of pushing trade and further exchange of investment and services in the region.

“Howsoever complex the task, we should persevere with the project of East Asian economic integration and in our efforts towards a Comprehensive Economic Partnership in East Asia, or CEPEA. India is working actively to integrate with this region,” he said, referring to the pact being worked on by EAS. This pact would be separate from the East Asia Free Trade Area (EAFTA), which comprises all EAS members except India, Australia and New Zealand.

India’s call for continuing attempts for the creation of CEPEA is of significance, especially after US President Barack Obama’s recent push for the Trans-Pacific Partnership, which also includes four Asean member states.

“We are in the process of finalising a Comprehensive Economic Cooperation Agreement with Asean. We have concluded similar agreements with the Republic of Korea, Malaysia and Japan. An agreement is already in place with Singapore. We have commenced negotiations for a Comprehensive Economic Cooperation Agreement with Indonesia, Australia and New Zealand,” Singh added.

via PM sets March 2012 deadline for services FTA with Asean.