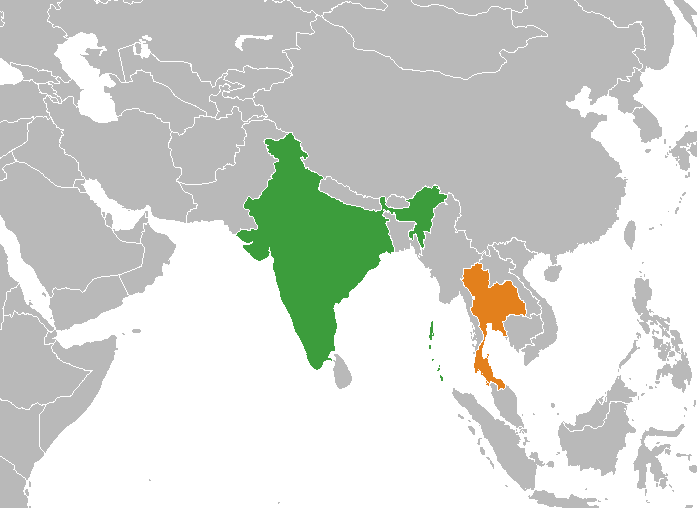 Since Prime Minister Yingluck Shinawatra will join India’s Republic Day celebrations on 26 January 2012, she will also take this opportunity to pay an official visit to India from January 24 to 26.

The visit is at the invitation of Indian Prime Minister Manmohan Singh, whose recent visit to Thailand was made in October 2009 during the Seventh India-ASEAN Summit meeting.

Prime Minister Yingluck will be the third Asian leader to attend the Republic Day celebrations as Chief Guest. The first one was South Korean President Lee Myung-Bak in 2010, and the second was Indonesian President Susilo Bambang Yudhoyono in 2011.

India has shown a clear intention to strengthen relations and forge closer cooperation with Thailand during the upcoming visit of Prime Minister Yingluck. Both countries are expected to enhance their strategic partnership, as Foreign Minister Surapong Tovichakchaikul said earlier that Thailand and India should try to give their relations a forward-looking and strategic focus, and build a partnership for the future.

On the part of Thailand, it has prepared various topics to be discussed with India, such as trade, energy, tourism, and economic cooperation. Water management is another major issue to be raised for discussion.

Thailand and India have enjoyed a close and mutually enriching relationship for a long period. Thailand considers India as an important strategic partner, in addition to being a friend of Thailand. In 1947, Thailand was one of the first countries to establish diplomatic relations with India.

Both countries signed the Thailand-India Free Trade Agreement Framework on 9 October 2003, covering trade in goods, services, and investment, as well as economic cooperation. They began FTA negotiations in 2004 and agreed to start tariff reduction for trade in goods in January 2010.

Since the signing of this FTA, bilateral trade between them has tripled. Foreign Minister Surapong pointed out that both countries should make every effort to conclude the bilateral FTA by the middle of 2012, as well as the BIMSTEC Free Trade Agreement. Thailand and India have also cooperated in the framework of BIMSTEC, which stands for the Bay of Bengal Initiative for Multi-Sectoral Technical and Economic Cooperation, comprising Bangladesh, Bhutan, India, Myanmar, Nepal, Sri Lanka, and Thailand.

Bilateral trade between Thailand and India expanded from 4.7 billion US dollars in 2007 to 6.7 billion dollars in 2010. Both countries have agreed to double their two-way trade between 2010 and 2014. They have concluded and are implementing bilateral agreements on agriculture, science and technology, ICT, renewable energy, education, and cultural cooperation. Thailand and India will sign the Memorandum of Understanding on Defense Cooperation during the visit of Prime Minister Yingluck to India later this month.

via Inside Thailand — Thailand and India to Enhance Strategic Partnership.