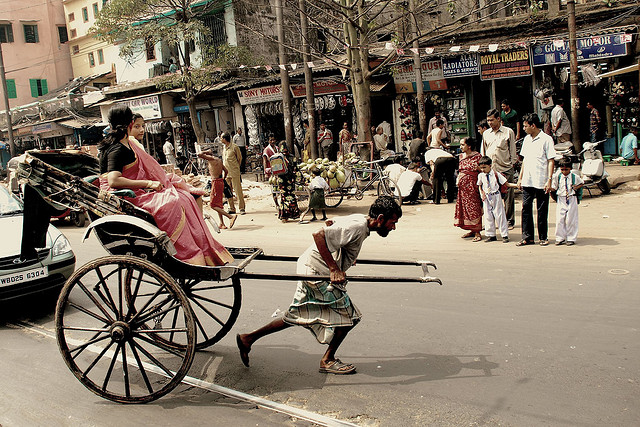 Analysts often compare India and China as two rivals that represent Asia’s rise. But T.N. Ninan, editorial director of Business Standard, throws cold water on the notion of Chindia, arguing that the two countries are not in the same league.

The two economies were of similar size in 1978, both approaching $150 billion, but India has fallen behind: China’s GDP of nearly $7 trillion is four times that of India; China’s exports are six times those of India; China’s literacy rate is 94 percent compared to India’s 74 percent; China’s life expectancy is 73, India’s is 64. Ninan does not delve into reasons, other than mentioning India’s delay in enacting reforms and failure to build leaders at all levels of government.

If the Indian economy were to grow at an annual average of 7.8 per cent (the rate for the past decade), it would take 18 years to get to China’s current size. Picrure by Lecercle (Flickr)

Two other comparisons come to mind: With system of governance, India as a democracy and China as communist; with demographics, China’s population is relatively steady since 1980 while India’s nearly doubled. – YaleGlobal

via Stop The “Chindia” Talk.