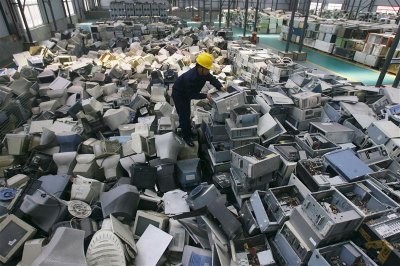 Some say India is a country of paradoxes. It has half a billion people under the age of 25, yet it struggles to create jobs for them. It produces world-class IT talents, yet its Internet penetration still hovers around the mid-single digit. It has a thriving press, but many say a somewhat stifled Internet.

With those paradoxes in mind, we arrived in Gurgaon to conduct our last workshop of the year for “Shaping Culture and Governance in Digital Media”, a year-long World Economic Forum study, after exploring the same topic in Mexico, Turkey, Brussels and New York.

When it comes to issues concerning digital governance, three key stakeholders – governments, industry and civil society – have been at loggerheads.

The controversy surrounding SOPA and ACTA in the West also finds its parallel in India.

In the past year and a half, India has passed information technology rules that put the onus on industry and other intermediaries in India for policing the web, apart from issuing orders to block Twitter accounts and websites, as well as the police arresting some Twitter users. Websites now regularly receive notices from police cybercrime cells for removal of content. At the same time, the industry has orders from courts that have allowed them to block online file-sharing sites. Actions by the government and industry have led to much outrage: government and political party websites have been hacked by Anonymous India, and public interest litigation has been filed in the Kerala high court to get the IT rules revoked.

In the workshop on 6 November, representatives from these stakeholder groups came together to assess the interests and fears of each – government, industry and civil society. In a dynamic and lively set of discussions, we identified the interest of each stakeholder group, levers that they are using to assert themselves and their fears of the other stakeholders.

The government’s top concern is national security, even though it realizes that there is a need to enhance education and cyber literacy, and help people acquire netiquette. It understands the benefits of the Internet and, in India, initiatives have been undertaken to bring the next billion online.

However, the government needs to find a balance between protection of civil liberties and intellectual property rights. There is a need for providing an enabling legal framework for growth of commerce online. Among the levers to which the government can resort to assert itself are legislation – which it has done through the IT Act of 2008, and the IT rules of 2011; and surveillance, which in India is a sovereign right. However, it has been found that surveillance and monitoring in India does not have focus. Many argue that India needs to have a framework that helps to identify unethical acts, and focus on naming and shaming.

The government has fears that information is going outside of its control.

While national interest is paramount, it is aware that whatever it does, it could get hauled up in court.

Industry’s biggest fear is that the digital economy will not be able to justify the creation of content and that consumers will never want to pay. The industry is also afraid that the government may have a socialist agenda and would like to see a legal framework under which content can be distributed legally, or downloaded legally. Industry also fears that the government doesn’t quite understand how the industry works, which could lead to an uneducated and disproportionate reaction.

But what does the Indian digital consumer want?

The digital consumer wants to be empowered; to have the ability to voice his/her opinion; to create an online identity, not necessarily the same as their offline identity; and to connect with one another. The consumer wants unfettered access to content for free. Consumers are afraid of being targeted, tracked and blocked by the government. They fear that the corporates will make content paid or consolidate, leaving them with fewer choices. They are starting to be concerned about their privacy and freedom of expression, especially when their employers might be watching.

Through this workshop, we developed a deeper understanding of each stakeholder group’s motivation and concerns. However, there is still so much to do before we can find ways to resolve some of the most pressing issues concerning digital media governance in India today. To bring the three stakeholders together for open and productive dialogue through a multistakeholder task force, helping them understand each other’s interests, fears and the unintended consequences of their actions is the way to move forward.

Authors: Nikhil Pahwa is the Founder, Editor and Publisher of MediaNama.com. He writes about digital media in India and moderated the workshop. Mengyu Annie Luo is Associate Director, Media, Entertainment and Information (MEI) Industries at the World Economic Forum. She manages the project “Shaping Culture and Governance in Digital Media”.