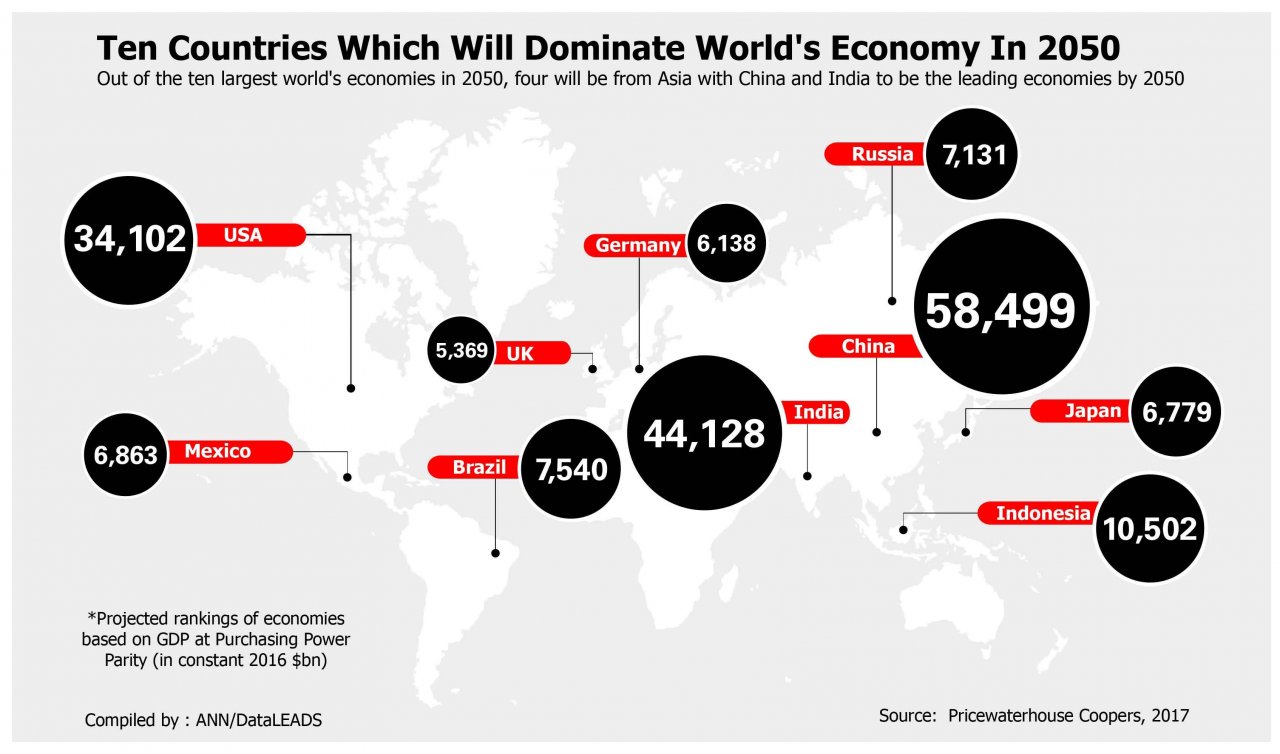 Out of the 10 largest world economies of the world, four will be from Asia with China and India leading the world by 2050, according to the PwC report.

The report sets out our latest long-term global growth projections to 2050 for 32 of the largest economies in the world, accounting for around 85% of world GDP.

Key results of PcW analysis (as summarised also in the accompanying video) include: