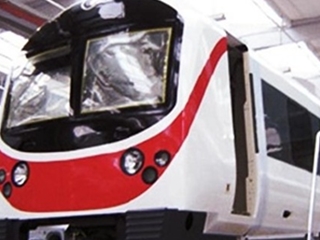 Several foreign investors are now keen to invest in megaprojects including an electric rail line linking the airport in the southern island of Phuket with the city and a tunnel which could solve traffic problems once they are completed, said Phuket Governor Wichai Praisangob.

Mr Wichai said after meeting with a senior executive of the Pan-China Construction Group that the Chinese firm is interested in investing in the rail line and other projects related to tourism on the island, known as the “Pearl of the Andaman”.

Senior executives of the firm will conduct a feasibility study later, he said, adding that the province will send such foreign investment plans to the government for its consideration.

The Phuket rail link project has received immense interest from foreign investors, especially from China, said Mr Wichai. Executives from another major Chinese firm plan to meet with Phuket officials and the private sector on September 10 to discuss the project, aimed at solving the chronic traffic problem on the island.

A South Korean firm wants to invest in building a tunnel in Pa Tong, designed to ease traffic there as motorists have to drive up the hill, he said.

Somboon Jirayus, president of the Phuket Tourist Association, said enthusiasm shown by foreign investors, especially in the rail line, meets the need of the islanders as it could cater to tourism growth.

Related Topics:phuket airport
Up Next