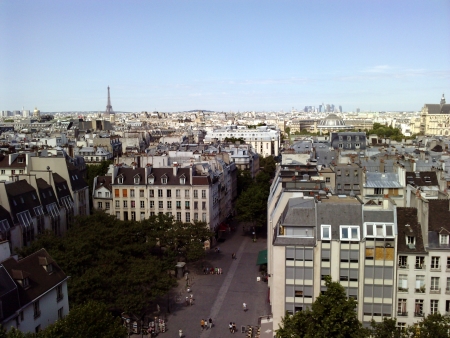 Within Europe, it is Cushman & Wakefield’s European Cities Monitor, running since 1990, that is the major indicator of business environment and investment potential. The Monitor is a highly stable index, with London, Paris and Frankfurt the top three cities in the index (in that order) throughout the past two decades.

London is the top-rated city in half of the 12 major rankings, including easy access to markets, external transport links, qualified and multi-lingual staff, and quality of telecommunications. There do not appear to be any factors disturbing the position of these three cities at the summit of the rankings in the medium-term future.

The most improved business cities since the index began are Barcelona and Madrid, which, although dropping places in 2010 due to the acute recession effects in Spain, have been on a generally steady upward curve for many years.

Overall, Europe’s cities show many attractive local ingredients for investment and growth, but the general investment climate in Europe is poor, relative to the pulling power of the markets in Asia and Latin America.

Barcelona reached as high as 4th in the index in 2009, up from 11th in 1990. The Catalan city’s biggest achievements in this index are retaining a decisive top spot in quality of life for employees and being perceived as one of the cities doing most to improve itself as a business hub.

Madrid has also risen impressively, to as high as 6th in 2009, from 17th in 1990. The German cities of Munich, Berlin and Hamburg have also all improved their placing since 1990, indicative of the business confidence they have inspired over the past two decades. Cities that have lost out as the strongest cities from Germany and Spain improve include Milan, Zurich and Glasgow.

The Eastern European charge is headed by Warsaw and Istanbul, both of which are making steady but unspectacular progress outside the top 20, while Moscow remains very poorly regarded by executives.

Europe’s real estate markets have been heavily impacted by the financial crisis and the subsequent lack of liquidity for investment, but the availability of substantial equity in some cities has meant some have performed much better than others. The ULI Emerging Trends Europe study in 2010 was much more optimistic about market recovery than in North America, mainly due to European cities being less dependent on financial services, and therefore less exposed.