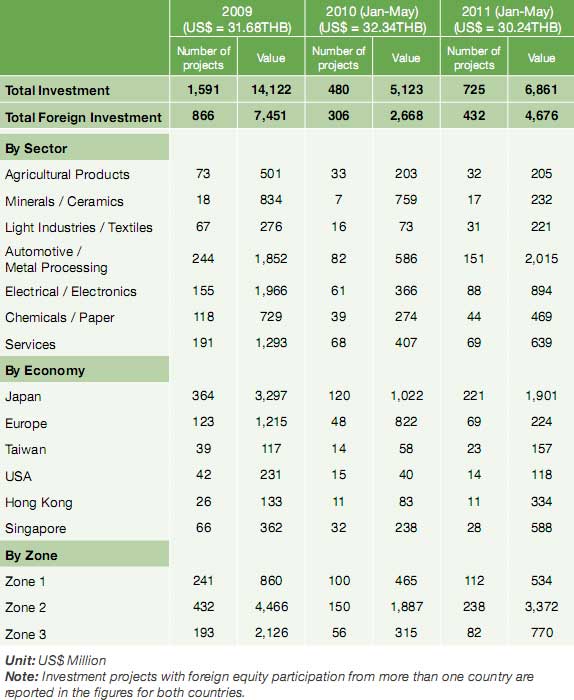 In the long term, foreign investors may consider relocating to other countries such as Vietnam, he said.Thailand attracts FDI of about Bt400 billion per year. If the country raises minimum wages, FDI is likely to drop 25 per cent per year or Bt100 billion, he said.Dusit said he had discussed the issue with many foreign chambers of commerce in Thailand. Most said foreign investors considered competitiveness before deciding to invest in a country.

If labour costs rose, some investors could relocate to other countries and it would be very difficult to bring them back.

“The Asean Economic Community will happen in the next four years. Investors have many choices for their investments. It is not necessary for them to stick with Thailand all the time,”

he said.Dusit said that in the short term, about 90 per cent of small and medium-sized enterprises would be affected, as they would not be able to absorb the increased costs.

via Wage rises could cost Bt100 bn in FDI.

The National Reform Office supports the government’s wage-hike policy, saying a labourer actually needs a daily wage of Bt461 to cover living costs adequately. At the same time, there is a need for the labour force to develop its skills.

The deputy director of the Reform Office, Wanee Pinprateep, said an improved labour system and welfare were urgent issues for the office, and for workers’ security.

“The issue must be pursued seriously, especially in developing skilled and non-skilled labourers. In Germany, labourers lacking skills get after-work training so they can do a better job and get higher wages,” she said. The problem in Thailand was linked to the education system that promoted university education but lacked sufficient workers for industry.

For its second plan, the office is considering national reform for farmers’ security and quality of life, Wanee said.