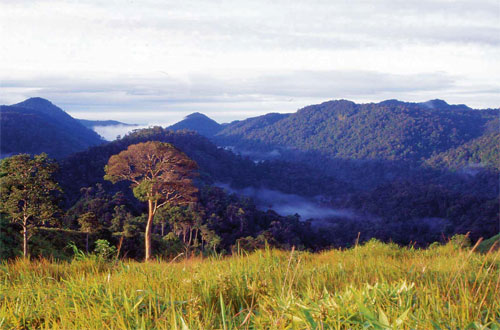 The Khao Yai Thiang land encroachment case could open a Pandora’s box, as thousands of people could be found to be illegally occupying land if the government really gets serious about enforcing the law.

“All of Thailand’s jails wouldn’t be enough to detain the offenders, if the authorities are serious about handling the cases as they have done with Gen Surayud Chulanont’s resort home,” said a lawyer who asked not to be named.

“It has to be admitted that Thailand has long had a problem with forest land encroachment and ownership and usage rights in the area.”

All of Thailand's jails wouldn't be enough to detain the offenders

Many stunning plots of land on mountaintops, in valleys and at seaside spots throughout the country now belong to rich local entrepreneurs, politicians, high-ranking state officials and corporate employees, and not a lot of the land is still owned by farmers.

“Those buyers are in general fully aware of the risk they are taking. They should thus be ready to control their minds once authorities take it back,” said the member of the Lawyers Council of Thailand.

A senior forestry official said the problem of encroachment on forest reserves dates back many decades.

Not only landless and poor people as well as landlords have encroached on more than a million rai of forest reserves. Other offenders included monks building permanent Buddhist monasteries, centers, temples and accommodations.

He said the latest survey showed a total of 5,529 monasteries, centers, temples and accommodations covering 190,000 rai in forest reserves, national parks and wildlife sanctuaries. In 70 cases, mostly in the northeastern provinces, occupants were evicted while others were allowed to remain as long as they helped authorities with forest conservation.

via Land cases a ‘Pandora’s box’.

Interview with Dr. Atchaka Sibunruang, secretary general of the Thailand Board of Investment (BOI)