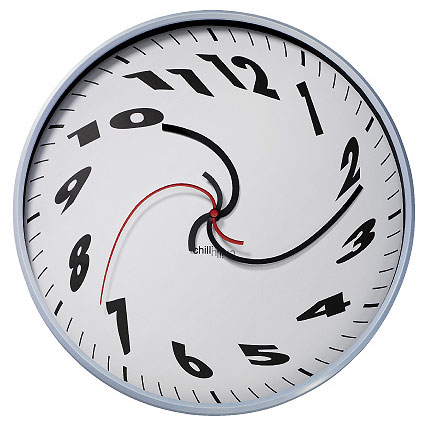 The six-hour clock is a traditional timekeeping system used in Thailand alongside the official twenty-four-hour clock. Like the other common systems, it counts twenty-four hours in a day, but divides the day into four quarters, counting six hours in each.

The six-hour clock is a traditional timekeeping system used in Thailand alongside the official twenty-four-hour clock. Like the other common systems, it counts twenty-four hours in a day, but divides the day into four quarters, counting six hours in each.

These terms are believed to have originated from the sounds of traditional timekeeping devices. The gong was used to announce the hours in daytime, and the drum at night. Hence the terms mong, an onomatopoeia of the sound of the gong, and thum, that of the sound of the drum. Ti is a verb meaning to hit or strike, and is presumed to have originated from the act of striking the timekeeping device itself. Chao and bai translate as morning and afternoon respectively, and help to differentiate the two daytime quarters.

The sixth hours of each quarter are told by a different set of terms. The sixth hour at dawn is called yam rung (ย่ำรุ่ง, [jâm rûŋ]), and the sixth hour at dusk is called yam kham (ย่ำค่ำ, [jâm kʰâm]), both references to the act of striking the gong or drum in succession to announce the turning of day (yam), where rung and kham, meaning dawn and dusk, denote the time of these occurrences. The midday and midnight hours are respectively known as thiang (เที่ยง, [tʰîaːŋ], or thiang wan, เที่ยงวัน, [tʰîaːŋ wān]) and thiang khuen (เที่ยงคืน, [tʰîaːŋ kʰɯ̄ːn]), both of which literally translate as middayand midnight.

For instance, 2pm is Baai Song Mong. Obviously, Song refers to two. The exception is for 1pm, when you say Baai Mong, and 5-6pm is Ha Mong Yen five evening hour and Hok Mong Yen six evening hour respectively.From 7-11pm, the Thai words are Nueng Tum, Song Tum all the way to Ha Tum, which is 11pm.

Midnight is Tiang Keun, while midday is Tiang One.And as five is Ha in Thai, that is why 555 is often used in text messaging by Thais for their laughter as hahaha.It will take some time to learn how to say the time correctly. If you still find it too difficult, stick to the western way, for most Thais understand it anyway.

via Specifying time and  Wikipedia