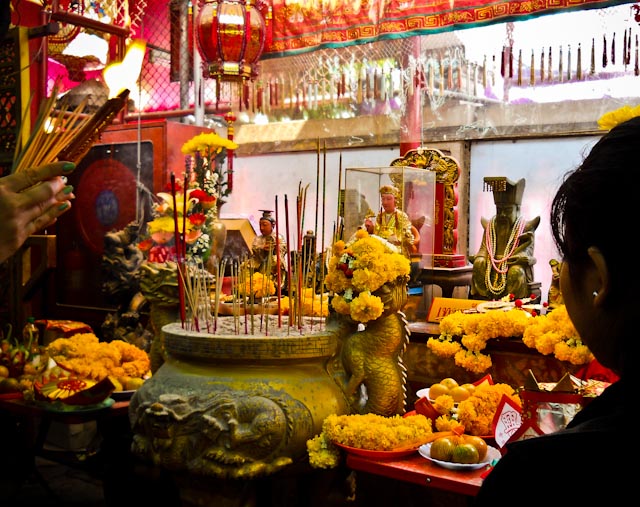 Over Bt20 billion will be spent during Chinese New Year next week by Thais of Chinese origin on the back of Thailand’s improved economic confidence and higher purchasing power, according to a report issued by Kasikorn Research Centre (KRC).

The report said about Bt12.5 billion, up 1.6 per cent from last year’s Chinese New Year, will be spent on religious activities including paying respect to Chinese gods and paying Ang Pao (red envelopes given by elders to children and relatives) which falls on next Wednesday.

substantial withdrawals from banks are anticipated during the Chinese New Year, in Thailand. Picture : Camilla Davidsson

Another Bt8.2 billion, an increase of 9.3 per cent from last year, is expected to be spent on recreation activities which include holidaying both inside and outside the country, it said.

Business entrepreneurs expect that their businesses would become robust during the upcoming Chinese New Year due to improved economic confidence and higher purchasing power following increases in daily wages and the salaries of civil servants and state enterprise employees, the report added.

As substantial withdrawals from banks are anticipated during the Chinese New Year, the Bank of Thailand (BoT) said it had up to Wednesday  reserved cash amounting to Bt407.6 billion.

The BoT said it expected that public withdrawals from commercial banks  from late January until Chinese New Year’s Day on Thursday would amount ro about Bt141.5 billion as depositors prefer to withdraw more cash for spending  during the festival.

Another Bt31.4 billion is projected to be withdrawn by people wishing to enjoy themselves during the event. This amount is 6.4 per cent higher than last year’s, it said. (MCOT online news)

What changes to legislation mean for UK expats in Thailand