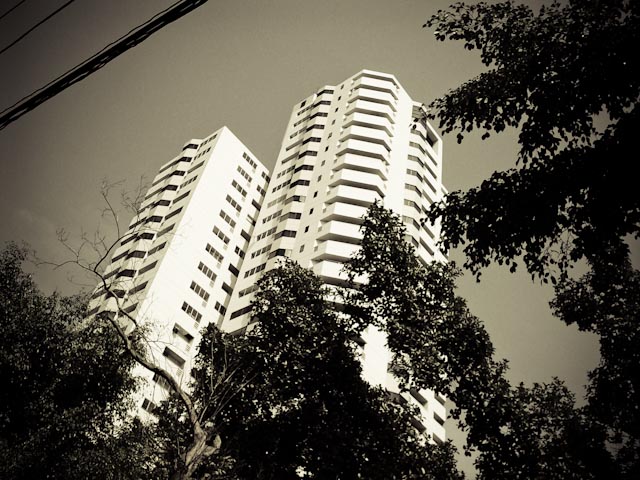 Property rents are on the rise throughout Asia on the back of strong economic growth, with Singapore’s 15 per cent rise last year earning it the accolade of the world’s 5th most expensive city to rent a two-bedroom property.  Bangkok is ranked 7th in Asia and 28th globally

Tokyo is the most expensive location globally, according to a report by international human resources solutions provider ECA International. Within Asia the Japanese capital is followed by Hong Kong (3rd in the global rankings), Singapore (5th), Seoul (15th) and Shanghai (24th). Bangkok is ranked 7th in Asia and 28th globally, Jakarta 9th and 36th globally, and Kuala Lumpur positioned at 14th place in Asia and 92nd globally.

Rental prices for two bedroom apartments rose almost 7% within Asia last year having fallen more than 10% the year before. Globally, rents have fallen by 1%.

In Singapore, the recession along with a wave of new housing hitting the market prompted rental prices for an unfurnished two bedroom property to fall by approximately 17 per cent in 2010, according to the report. This pattern was reversed last year when rents rose 15 per cent to US$2,810 a month. Singapore rose from 6th to 5th position in the overall ranking.

“The rebound in Singapore has been driven by a general recovery in house prices along with increased demand,” said Lee Quane, Regional Director, ECA Asia. “Assignee numbers are up again in Singapore following falls during the economic downturn. This has placed pressure on rental accommodation, particularly in areas popular with expatriates.”

Hong Kong has witnessed some of the biggest price increases in the world, reflected in a jump up the ranking from 9th to 3rd position over the year. The price of renting two-bedroom accommodation rose by 22 per cent to US$ 2,830 a month between 2010 and 2010. This contrasts with rent falls of around 25 per cent the previous year.

“Land in Hong Kong is already expensive due to the lack of space,” said Quane. “Additionally, low interest rates, high liquidity in the market and a shortage of supply have contributed to pushing rents up.”

Rental prices for two bedroom apartments rose almost 7% within Asia last year having fallen more than 10% the year before. Globally, rents have fallen by 1%.

Asia’s most expensive cities to rent a two-bedroom apartment.

Rental prices for two bedroom apartments rose almost 7% within Asia last year having fallen more than 10% the year before. Globally, rents have fallen by 1%.
“Two years ago we witnessed a drop in rental prices across Asia as a result of the recession,” says Quane. “The strong rebound in rental rates in many cities reflects both the rapid economic recovery and the continued expansion of companies into the region.”
“Housing is one of the most costly aspects of an international assignment and companies need to ensure that they have an expatriate housing policy in place that takes rent price fluctuations into consideration,” explains Quane. “Regular reviews of allowances and policies as well as delivery of the allowance are fundamental in ensuring that companies guarantee that they keep pace with the local market.”

Exchange rate fluctuations play an important role when making direct comparisons of residential property to let between cities worldwide. For the purposes of comparison rental prices have been converted to US dollars.
“The strengthening of the Singapore dollar against its US counterpart has contributed to the relative increase in accommodation costs there – when Singapore rents are quoted in local currency they have increased at the lower, albeit significant, rate of 9% year-on-year, “says Quane. “Such currency movements can have a big impact on costs for companies sending employees on assignment. Tokyo is a case in point – the strengthening of the yen against major currencies, including the greenback, means that while rental prices quoted in yen dropped 7%, they increased 2% when converted into dollars.”
Rents in Shanghai and Beijing, globally ranked 24th and 45th, rose last year after falls the previous year. Chinese locations span the ranking with Shenzhen, in 114th position, the cheapest of the locations there for two bed apartments reflecting the big variations in costs across the country.
The cheapest rental property surveyed is in Karachi where a two-bedroom apartment is on average 17 times cheaper than in Tokyo.
Published annually, ECA’s Accommodation reports provide information on rental costs in more than 120 locations worldwide, concentrating on the areas and types of accommodation commonly inhabited by international assignees. The data enables managers to make informed decisions about the provision of housing or housing allowances as part of their international assignment packages.