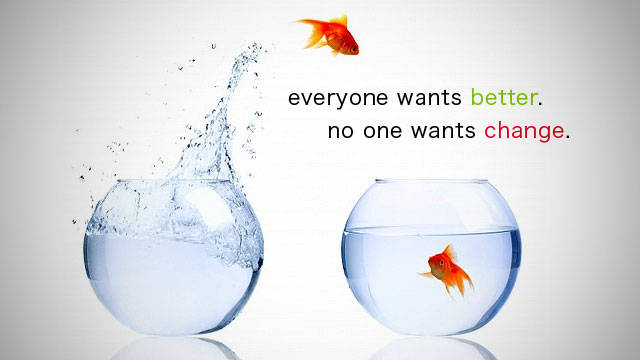 Why can some people use stress to reach extreme levels of performance, while the rest of us, when faced with a daunting task — say, public speaking — let our nerves get the best of us?

Luckily, there’s some good news for the nerve-wracked. New research, as outlined by Wray Hebert at Psychological Science, says we can transform bad stress into good, and all it takes is a mind trick that any non-Jedi can perform. It’s simple: Tell yourself that those gut pinches and heart races are good for you — that’s it.

The researchers — Jeremy Jamieson, Wendy Berry Mendes, and Matthew Hock — ran an experiment with students who were studying for the Graduate Record Examination (GRE), which is a high-stakes, high-stress test. During a practice run, the students who were taught to value their stress performed better than their counterparts who weren’t coached at all. The kicker: when the coached group took the real test, their scores improved even more, and they cited their squirmy feelings as catalysts for success.

LET THE PUNISHMENT FIT THE CRIME

Plenty of people have received pink slips for social-media blunders these days, but a mistake from 50 years ago could haunt you as well. Take Richard Eggers, 68, who was recently canned from his customer service job at Wells Fargo for using a fake dime at a Laundromat… in 1963. Eggers, it seems, is the unintended victim of tougher government regulations, which forbid financial institutions from hiring anyone who’s been convicted of a “crime of dishonesty.” Unfortunately, Eggers’s only recourse is straight out of a Kafka novel: he can appeal by filing paperwork with the FDIC.

LET THE STRATEGY FIT THE TIMES

Unilever, the consumer-goods giant, is adapting techniques it pioneered in India to sell in Europe’s most beleaguered markets. According to reporter Szu Ping Chan, “In Spain, the company sells Surf detergent in packages for as few as five washes, while in Greece, it now offers mashed potatoes and mayonnaise in small packages, and has created a low-cost brand for basic goods such as tea and olive oil.” As Jan Zijderveld, head of Unilever’s European business, told the Financial Times Deutschland, the new strategy is necessary because “Poverty is returning to Europe.”
—by Amy Bernstein

What Makes Work Worth Doing?