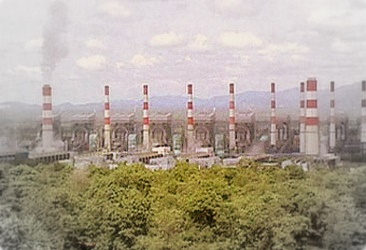 Like many developing countries, Thailand is looking for ways to ease its reliance on costly imported oil and gas. A new government plan includes nuclear power, bio-fuels and solar energy among potential energy sources for the country.

Thailand’s goal, set out in a new power development plan, is to almost double energy output over the next decade. To do so will require construction of at least two nuclear power plants.

Tara Buakamsri, a campaign director with the environmental group Greenpeace, says the nuclear path is just one of several the government has considered in its energy strategy.

“They want to diversify because Thailand is very much relying on gas, natural gas so they want to bring in new coal-fired power stations and also nuclear,” he explained. “At the moment they are proposing five to seven nuclear reactors into the power development plan. So that’s one of the most controversial issues for power development for the next 20 years.”

A special study of nuclear power costs and its risks will be done and will be submitted to the Cabinet in 2011.

“Next year the Cabinet will be making a decision whether Thailand should go nuclear or not. So this is a one-year window for civil society who wants to see a better energy system for Thailand to take on the nuclear debate. So it’s not easy for the government – even with political change – if they want to push Thailand to go nuclear.”

Another option under the power development plan is for Thailand to draw more energy from neighbors Laos, Burma and China through gas and hydroelectricity. The government plan says Thailand could meet as much as 25 percent of its power needs this way.

Shares of telecom firms in Thailand tumbled after court ruling