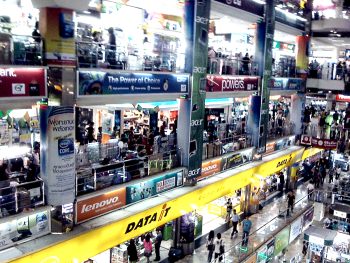 Thailand’s consumer electronics devices market, defined as the addressable market for computing devices, mobile handsets and AV products, is projected at around US$6.8bn in 2010. This expected to increase at a compound annual growth rate (CAGR) of about 13% to US$10.9bn by 2014, driven by the growing affordability and popularity of flat-screen TV sets, low-cost smartphones and other digital lifestyle products.

In 2009, economic and political uncertainty affected demand for some consumer electronics products and encouraged retailers to cut prices to stimulate sales. The government’s stimulus package, which boosted the spending power of rural residents, helped the consumer electronics market overall. The more stable political situation as of H209 and a major PC procurement programme for schools were forecast to drive faster growth in the second half of the year.

Computers accounted for around 51% of Thai Market

Computer hardware accounted for around 51% of Thai consumer electronics spending in 2009. BMI forecasts Thai domestic market computer sales (including notebooks and accessories) of US$3.4bn in 2010. The computer hardware CAGR for the 2010-2014 period is forecast at about 4%, in the context of a currently low PC penetration rate of about 14% and which is expected to pass 23% by 2014. Drivers will include growing affordability of notebooks, wireless networking capabilities and government programmes.

In October 2009, the government launched a computer procurement programme for education.

AV devices accounted for around 31% of Thailand’s consumer electronics spending in 2009. The Thai domestic AV device market is projected to be worth US$2.5bn in 2010. The market is expected to grow at a CAGR of 23 % between 2010 and 2014, to a value of US$5.8bn in that year. In 2009, vendors were driving growth through new product releases in the premium TV set product category, while overall TV set sales were down and digital camera sales dipped about 10% compared with the previous year.

FTA between Thailand and the European Union still underway