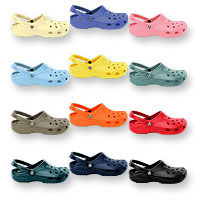 Department of Industrial Promotion, in cooperation with the Thai Footwear Association, has adopted a five-year strategy to turn Thailand into Asia’s shoe centre through the sustainable development of skilled workers, footwear design and technology.

Data show that Thailand currently has nearly 500 homemade footwear, 7 thousand workers directly employed. Footwear production index last year up 10.3% decline compared to the same period from 2000 to 2008 the average higher than 6.8%. Major export products such as male and female leather shoes and sports shoes, the first ten months last year, yields were down 24.68%, 20.27% and 28.20%.

Thai footwear and related accessories over the past five years exports increased steadily, until in 2008 a slight decline. Last year, footwear and related accessories exports totaled 794 million U.S. dollars, compared with 2008, the 971 million U.S. dollars over the same period fell 18.20%. Thailand’s footwear industry in 2009 the top five export markets were the United States, Denmark, United Arab Emirates, United Kingdom and Belgium, most of the major markets over the previous year atrophy of different degrees.

Last year, the footwear industry in Thailand have a greater impact than the news of the beginning of a famous brand sports shoes production base will gradually shift from Thailand to other countries. Part of the brand moved their production lines to other countries, certainly in the short term on the footwear industry in Thailand in employment, exports and so on impact, but the blessing in disguise, no bad thing, this effect is produced by another incentive system in Thailand Shoes who work hard, from the past for foreign brand production to create their own brands into the international market.

The four major competitors in more with the Thai industry to compete in the middle and low product market, as high-end market, Italy, France, Switzerland and Taiwan in Asia, South Korea is Thailand’s competitors. From fashion design, fine art craft production to Thailand with the footwear industry who have a gap, needs to catch up.

In support of free trade agreements, the Thai industry should also insist on continuing to enhance product quality, shorten the distance with the leading competitors and catch up. In addition, with 560 million people of ASEAN to Thailand in terms of not only a huge economic entity, foreign trade, economic ally, but also footwear, a large consumer market for Thai footwear provide unlimited opportunity.

Worries of monopoly in Thailand Retail sector after Carrefour withdrawal