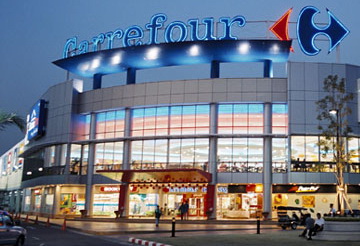 TThe Thai retail industry may have a better competitive edge if Big C Supercentre or Berli Jucker takes over the local operations of Carrefour. Otherwise, the industry will be monopolised in the near future if the French brand’s outlets are acquired by Tesco.

Currently, the retail business in Thailand is in effect an oligopoly, dominated by a few large companies. Retailers, therefore, have high bargaining power with suppliers. Although customers have enjoyed the resultant low-price policy of these retailers, consumers may suffer in the long run when the industry is dominated by only one retailer.

Carrefour, a French conglomerate and the world’s second-largest retailer, is planning to leave Singapore, Malaysia and Thailand, and is seeking offers for its units in these countries. Many companies have shown interest in taking over Carrefour’s outlets, of which there are now 41 in Thailand.

Go here to see the original:
Worries of monopoly In retaIl sector

According to the Internal Trade Department, the number of hypermarket stores in the Kingdom has increased considerably in the past decade, from only 65 outlets to 851. There are now 685 Tesco Lotus outlets, 78 Big C outlets, 41 Carrefour stores, and 47 Makro stores.

Central Retail Corp could be in the running to take over Carrefour’s hypermarket business in Thailand, estimated to be worth US$500 million (Bt16.2 billion) to $600 million, as the French retailer is seeking to dispose of its Southeast Asia assets.

Domestic political turbulence has aggravated the economic impact of the global recession.

Thai Kem Kaeng program is relatively quick-disbursing and focuses on the hardware (~70% is for construction and equipment). It compensates fall in on-budget investment next year but may not be sufficient to address constraints to long-term growth (which requires reforms to the software) and rebalancing the economy towards domestic demand.

Worries of monopoly In retaIl sector