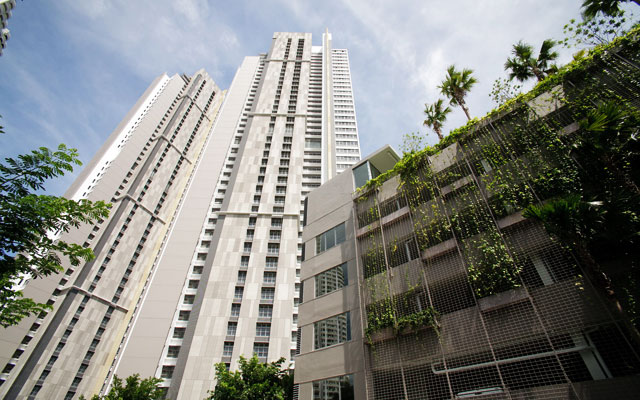 The baht’s appreciation against European currencies has changed the demographics of condominium buyers in Thailand, especially in Pattaya, a new study from the listed developer Raimon Land shows.

Deputy vice-president Simon Derville said the condominium market in the first quarter, while historically high, was supported by strong economic fundamentals. It was the second quarter that performed beyond expectations in the face of political protests.

“One of the key findings of our research is that demand from Thai buyers is stronger than ever, with many developers adjusting their strategies to tap this market. At Raimon Land, foreign demand switched to Asian nationals while European demand continued to struggle with their own economies and weak currencies,”

At its Pattaya projects, 67.4% buyers are now Thais and 9% are Russians, while two large prospective groups _ Indians and Chinese _ are emerging.

The 1.9-billion-baht A Attitude Asoke- Ratchada is the only condominium in the pipeline from Areeya this year. The other five will be detached-housing estates or townhouses.

August 2010 works at the Northpoint project are nearing to completion of the project. Corridors are substantially complete and the remaining penthouses Tower A and upper units PRC Tower B near final trades works completion. Home owner inspections are continuing according to hand over programme.