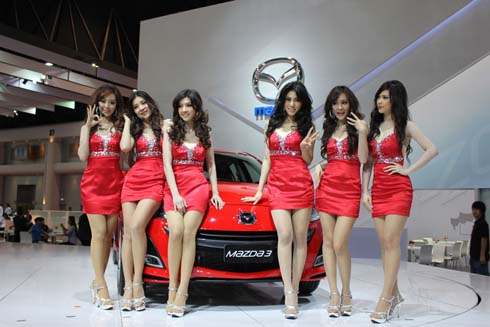 Thailand’s auto sales in July totaled 72,902 units, an increase of 3.76 per cent from the previous month and an 11 per cent increase year-on-year, according to Surapong Paisitpattanapong, auto industry spokesman for the Federation of Thai Industries (FTI).

Auto sales took an upturn in July due to the robust domestic economy and automakers were able to resume production at full capacity, so more cars could be delivered to customers.

The FTI projected that automobile production in the next three months will be about 510,000 units, a 17 per cent increase year-on- year, while motorcycle production is expected at 499,240 units, a 5.12 per cent drop from the same period last year, said the spokesman. (MCOT online news)

via Thailand’s auto sales and production robust in July.

fter a brief slowdown earlier this year, Thailand’s automotive industry is back near top speed, resuming progress toward the goal of becoming the world’s 10th biggest automaker. Rising steadily by one notch in 2009 and by another in 2010, Thailand currently ranks as the 12th largest auto manufacturing country.

Thai stocks up 5% after election results