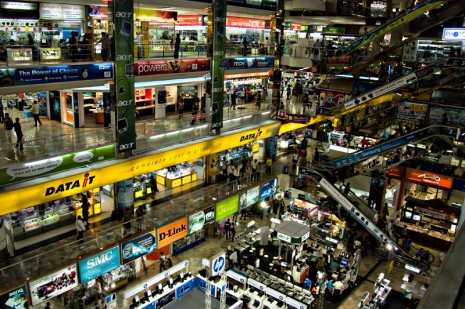 The healthy professional PC market as well as growth in emerging markets could not compensate for the weaknesses in mature markets, with overall growth still negative.”

Hard-disk drive (HDD) shortages triggered by the October 2011 floods in Thailand had a limited impact on fourth-quarter PC shipments and prices.

However, Gartner analysts said a major impact will be felt, and this is expected to materialize in the first half of 2012, and potentially continue throughout 2012. These shortages will temporarily lower PC shipment growth during 2012.

“Ultrabooks were quietly introduced into the market during the 4Q11 holiday season,”

“Ultrabooks didn’t seem to draw consumers’ attention. Consumers had very little understanding and awareness of ultrabooks, and only a small group of consumers was willing to pay the price premium for such models. However, as has been seen this week at the International Consumer Electronics Show (CES) show, 2012 is a big debut stage for ultrabooks.”

HP retained its No. 1 position in the fourth quarter of 2011, despite a shipment decline of 16.2 percent year over year (see Table 1). While the company’s new CEO, Meg Whitman, cleared up some confusion surrounding its PC business, its 4Q11 results were affected by the noise around this issue. HP also had to battle against aggressive pricing from competitors and deal with weak consumer PC demand in the holiday season.

Key Stories on World Economy: Base Metals Outlook for 2012