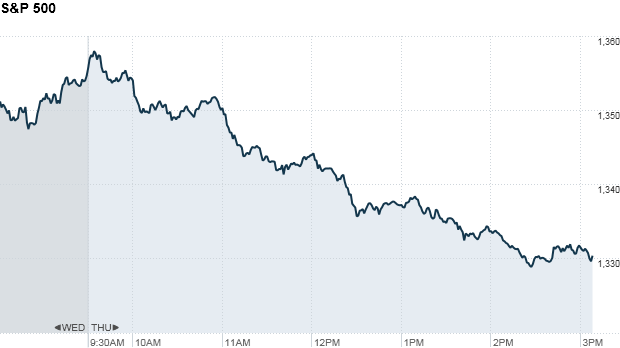 Goldman Sachs’ (GS) analysts told investors to sell the SP 500 (SPX) Thursday and boy did they ever.

The SP 500, which was already down 1%, dropped even further as Goldman’s report bounced around email inboxes.

Analysts Noah Weisberger and Aleksandar Timcenko cited the sharp drop in the Philly Fed index Thursday as just another piece of evidence that the ephemeral recovery has lost steam.

“We now think, with incremental U.S. monetary policy on hold, the market will need to confront a deteriorating growth picture near term,” the analysts said.

Still they did add a few caveats. The SP could pop or at least stay flat if the U.S. or Chinese economies start revving up or if European policy makers talk a big game about propping up the market.